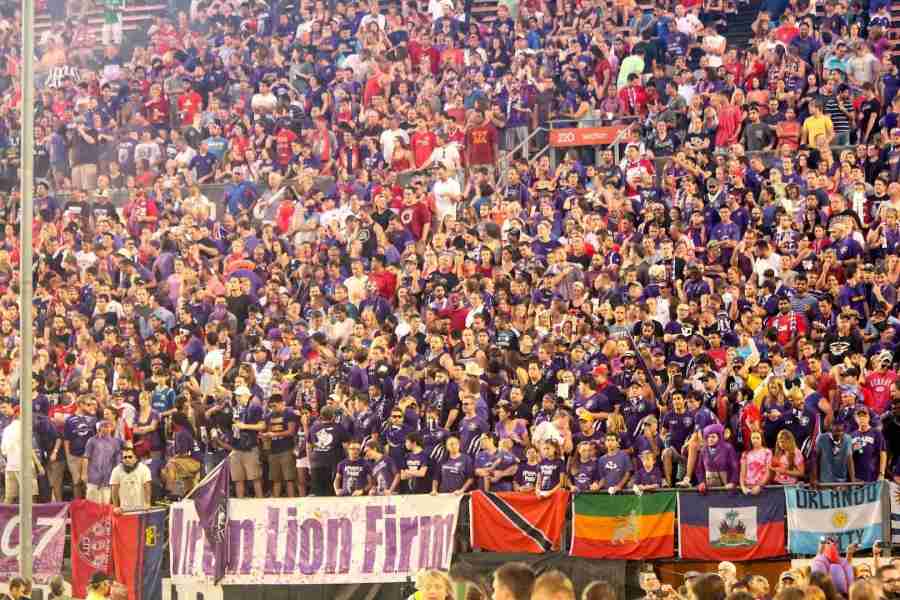 Over 20,000 fans showed up to the Citrus Bowl for Orlando City's 2013 USL PRO final, the last game Orlando played at the stadium before 2015.

Orlando City SC announced that they are more than halfway to their “Fill The Bowl,” campaign for the home opener against New York City FC on March 8th with the sale of over 30,000 tickets for as of Monday afternoon.

Club president Phil Rawlins launched the “Fill The Bowl,” campaign last Thursday with a press conference at the Citrus Bowl that feature both Orlando mayor Buddy Dyer and Orange County mayor Teresa Jacobs as well as MLS commissioner Don Garber. The goal is to get 60,000 fans into the Citrus Bowl for the club’s MLS debut on March 8.

Orlando City held an open training session on Saturday that saw thousands of fans show up to watch a little over an hour of practice and that turnout was just a small sample size of what the club expects for the opening game against NYCFC.

“We need everybody to come out here,” said Rawlins about the fan support going into the inaugural MLS season. “The whole community has got behind this team since day one and March 8th is a unique experience, there will only ever be one first game.”

The Lions have been one of the best teams in the USL PRO the past four years, winning two regular season titles and two USL PRO championship games during their tenure with the league.

Orlando City will be taking the field on opening day with the services of 2007 FIFA World Player of the Year Kaka, as well as some youthful internationals in Carlos Rivas and Bryan Rochez.

“They can expect very much more of what they’ve seen in the last few years,” said Rawlins after the club’s open training session. “They can expect the same as we’ve done in the minor leagues, the same style of play, a little bit of the same attacking team, we’ll possess the ball, we’ll score a lot of goals, we have great attacking options,

The Lions will open up their season on Sunday, March 8 against Spanish superstar David Villa and New York City FC in the first MLS game played by a Florida team since the Miami Fusion played in the MLS Cup in 2001. Tickets for the home opener can be purchased on www.OrlandoCitySC.com, as the club says that very little lower bowl tickets remain as of Monday afternoon.