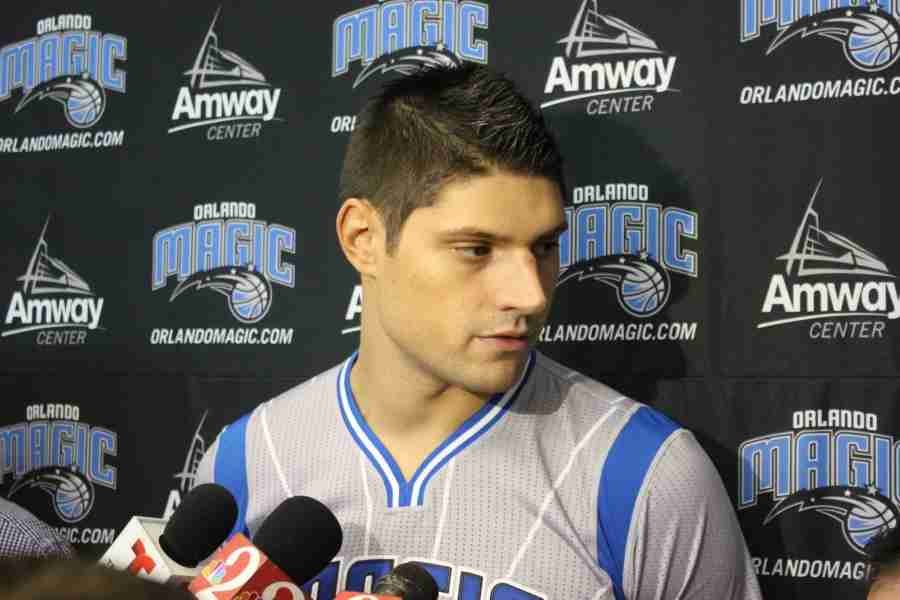 ORLANDO — Tobias Harris scored a career-high 34 points as the Orlando Magic gave interim head coach James Borrego his first win as an NBA head coach with a 103-97 victory over the Los Angeles Lakers on Friday at the Amway Center.

“It was an emotional game for all of us, we were fighting,” said Berrego after his first career win as an NBA head coach. “These guys have been trying to get a win here recently and I’m just happy for them. They earned this victory tonight,”

Harris’ career night came after an emotional day for the forward, as he didn’t arrive to the arena until after 4 p.m. EST after having flown to Brooklyn for his grandfather’s funeral.

The Magic went into the second half trailing 52-38 while shooting 48.6 percent from the floor. Orlando had 13 turnovers during the opening half, leading to 12 fast break points for the Lakers.

“The first half was a very anxious half for all of us,” said Berrego. “As we settled into the second half you saw a spirit of fighting, of grittiness about the group that carried us into the fourth quarter into overtime.

“I think we all saw a commitment to the defensive end really towards the end of the third quarter, into fourth quarter and obviously into overtime.”

Los Angeles’ Ryan Kelly broke out for 17 of his 20 points in the second half but the Magic shot 56.4 percent during the final 24 minutes of regulation, while outscoring the Lakers 53-39 to send the game into overtime for only the second time this season.

Orlando limited their turnovers in the second half, only coughing up the ball five times after their 13 turnover first half. The Magic used a 17-0 run midway through the fourth quarter to take a 86-82 lead, Orlando’s largest lead of regulation.

The Lakers were held to 2-10 shooting during overtime and were outscored 12-6 by the Magic, snapping the Magic’s 10-game losing streak. The win is also the first as a head coach for James Berrego, who became the interim head coach on Thursday in replacement of Jacque Vaughn. Orlando had yet to have an actual practice under Berrego going into Friday’s game.

“I  think everybody was pulling for him in here,” said Harris about Berrego after the game. “He deserves it more than anybody. He’s such a great guy.

Nik Vucevic had his 31st double-double of the season on Friday, as he went for 25 points and 13 rebounds against the Lakers. Vucevic and Harris combined for 59 of Orlando’s 103 points.

The Magic’s record now sits at 16-37 for the season as they are 7 games back of the eighth and final playoff spot in the Eastern Conference with 29 games left to play. Orlando next game will be against the Chicago Bulls on Sunday at home.