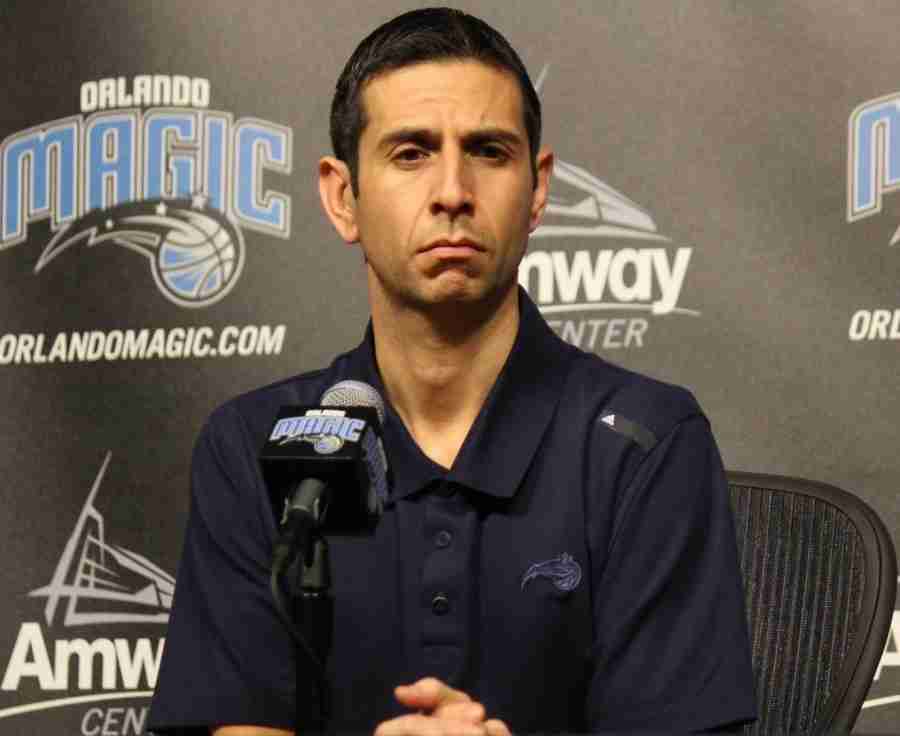 James Borrego was Jacque Vaughn's top assistant during his 2 1/2 years coaching the Magic.

ORLANDO — The Orlando Magic parted ways with head coach Jacque Vaughn on Thursday after 2 ½ years and a 58-158 record. Vaughn’s top assistant James Borrego will take over in an interim basis.

“There’s never an ideal time to make changes,” said Magic general manager Rob Hennigan in a press conference on Thursday. “As the season progressed we just felt like a change needed to be made and we felt this was the time.

“Never an easy time to make a change we just felt this was the best time to do it.”

Vaughn coached the Magic to a 15-37 record through 62 games this season, after having gone 20-62 in his first season and 23-59 in year two as Orlando’s head coach. And as difficult as it was for general manager Rob Hennigan to fire Vaughn he believes it’s what needed to be done for the team to improve.

“It’s a road bump not a roadblock,” said Hennigan. “And we’ll get through this and we do see this as an opportunity to move forward in a positive fashion.”

Coaching the Magic was Vaughn’s first head coaching job as he came to Orlando along with Hennigan to help rebuild the team following the Dwight Howard era.

Hennigan wouldn’t comment on what or who they were looking for to take over permanently as head coach, but did say that Borrego would get a look for the full-time coaching job.

Defense has been the Magic’s weak point all season and will be a focal point going into the final 30 games of the season, as well as making sure players regain their competitiveness.

“I think its that defensive end where in a one day period you can really make some ground,” said Borrego during his first press conference as head coach. “Offensively you can’t change too much right now.

“Over time we can tweak some things, change some things but the focus will be to compete and guard.”

Borrego’s staff will consist of Jay Hernandez and Laron Profit, both of whom are being promoted from their positions in player development.

The Magic currently sit with the same exact record they had last season with 30 games to play, but that doesn’t show progress for a team that is currently on a 10-game losing streak and sits in 13th place in the Eastern Conference standings. Hope around the organization are that the move can light a fire under some of the players and help the team improve going into next season.

Borrego won’t have much time to get comfortable in his new role, as the Magic take on the Los Angeles Lakers at the Amway Center on Friday. Orlando is currently 15-37 (5-17 at home) and are 7.5 games back of the Miami Heat for the 8th seed in the Eastern Conference, making the playoffs still mathematically obtainable.

“Right now I think we’re just a little bit stationary,” said Hennigan. “We’ve kind of stalled on the side of the road and now we just need to get back on the road and keep moving.”