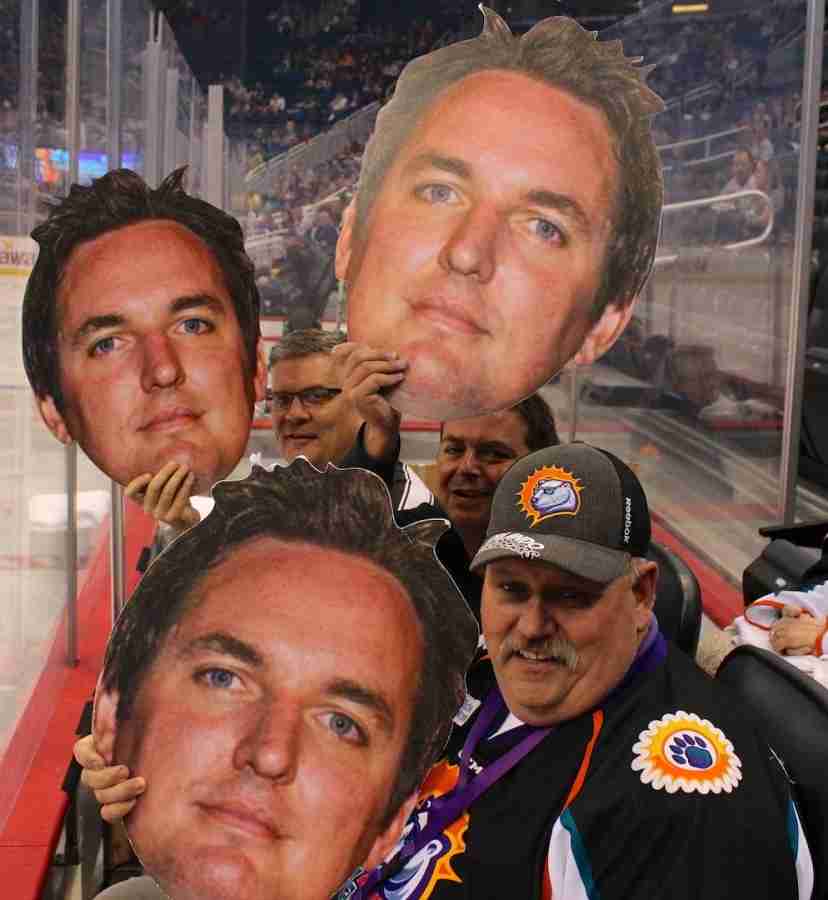 Solar Bears fans during a 2014 playoff game at the Amway Center.

Orlando saw the return of hockey in 2012 after an 11-year hiatus and the team was welcome with open arms and the third best attendance in the ECHL the past two seasons.

Now the Solar Bears will get a chance to show their fans how good they really are when they take on some of the league’s best players in the ECHL All-Star Classic on Wednesday, Jan. 21 at the Amway Center.

The all-star format this year will put the hometown Solar Bears up against the ECHL All-Stars, this format has been used three times before, once in 2013 when the Colorado Eagle played against the ECHL’s best in the All-Star Classic, in 2011 Bakersfield had the honor of playing the all-stars and in 1997 the league also had the hosts play in the game as the Charlotte Checkers defeated the all-stars 7-6.

During the intermissions there will be skills competitions taking place on the ice, which will feature a fastest skater and hardest shot challenge.

But before the All-Star Classic even starts there will be ECHL FanFest held in downtown Orlando on Tuesday from 6:00-10:00 p.m.

There will be an outdoor street hockey game played in the Garland parking lot — off Garland Ave. between Central Blvd and Pine St. — featuring youth All-Stars. There will also be food trucks on hand as well as player autograph sessions.

Some events during FanFest — such as the Stanley Cup Display at the Amway Center and the Hall of Fame Exhibit at The Ballroom — are ticketed and have already sold out, but there are still tickets available for FanFest’s grand finale at Cheyenne Saloon feature a concert by country music artist Madeline Smith.

The concert starts at 9:30 p.m. and runs until midnight. Must be 21 and up for the Madeline Smith concert, all other events are for all ages.

The ECHL All-Star Classic starts at 7:00 p.m. on Wednesday at the Amway Center, with doors opening for fans starting at 5:30 p.m. SunRail will be offering extended hours on Wednesday, running trains as late as 11:23 p.m. to take fans home after the game.