Marquette closes out opening day of Orlando Classic with nail-bitter 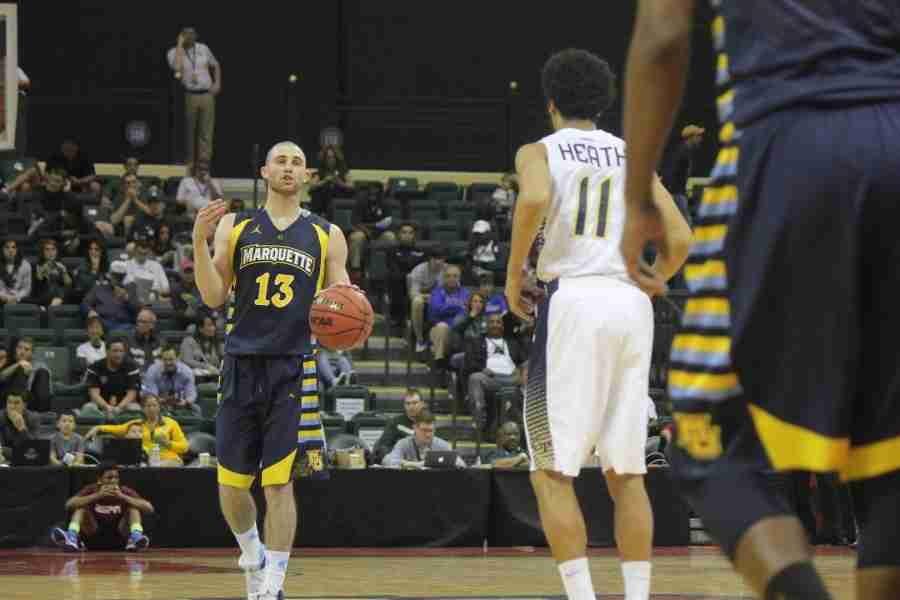 Carlino was on fire for the Golden Eagles as he went 8-14 from behind the three-point line on his way to a new career-high of 38 points. His eight treys also tied him with Steve Novak for the most three-pointers in program history.

“Matt’s a heck of  a player, Matt’s one of the best guards in college basketball.” said Marquette head coach Steve Wojciechowski of his fifth-year senior guard. “Not saying he’s going to get 38 every night, although we’ll take it if he wants to. But he was terrific tonight, in college basketball one of the great performances I’ve ever seen.

“He’s a guy I know can matchup with any guard in the country, I have complete confidence in him and he’s been an amazing team guy for us and he put on a whale of a performance tonight.”

Georgia Tech kept it close all game, but they just couldn’t take the lead once they brought it within one-point late in regulation.

Marquette and Georgia Tech went back-and forth for much of the opening half until the final four minutes when the Yellow Jackets went on a 11-2 run to give themselves a 31-29 halftime lead.

Georgia Tech outrebounded Marquette 21-11, but other than that both teams had similar stat lines across the board during the first half.

The Golden Eagles only played eight different players throughout the game, with Juan Anderson scoring 12 points and the rest of the team, besides Carlino, in single-digits.

“Everybody who was in the game tonight made a contribution to winning, and we probably haven’t had a game like that yet,” said Wojciechowski following the game. “But everybody who got in the game contributed to this win and that’s something certainly we’re really proud of.”

“We were just on attack,” said Carlino of Marquette’s ability to get to the free throw line. “Coach called me out and I mean he really called us out in general and just said ‘we need to attack, we need to be the aggressor,’ so that was the mindset going into the game was we really wanted to be on the attack.”

Turnovers plagued the Yellow Jackets throughout the game, especially in the second half where they turned the ball over nine times, bringing their total to 16 for the game.

Georgia Tech would make one final stand, cutting Marquette’s lead to 69-68 with 0:12 remaining in regulation, but the Golden Eagles would make their free throws down the stretch and hold on to the lead to secure the victory.

The Yellow Jackets were led by Tadric Jackson and his 17 points, while Marcus Georges-Hunt added another 12 of his own.

“Tadric Jackson played well for us and we’re going to keep needing that from him,” said Georgia Tech head coach Brian Gregory. “But the issue is as a freshman for him to learn what offensive shots are quality and at what time is important.”

Marquette will now advance to the semifinals with the win, where they will face Michigan State on Friday at 9 p.m. EST.