Kansas rolls past Rhode Island for spot in semifinals 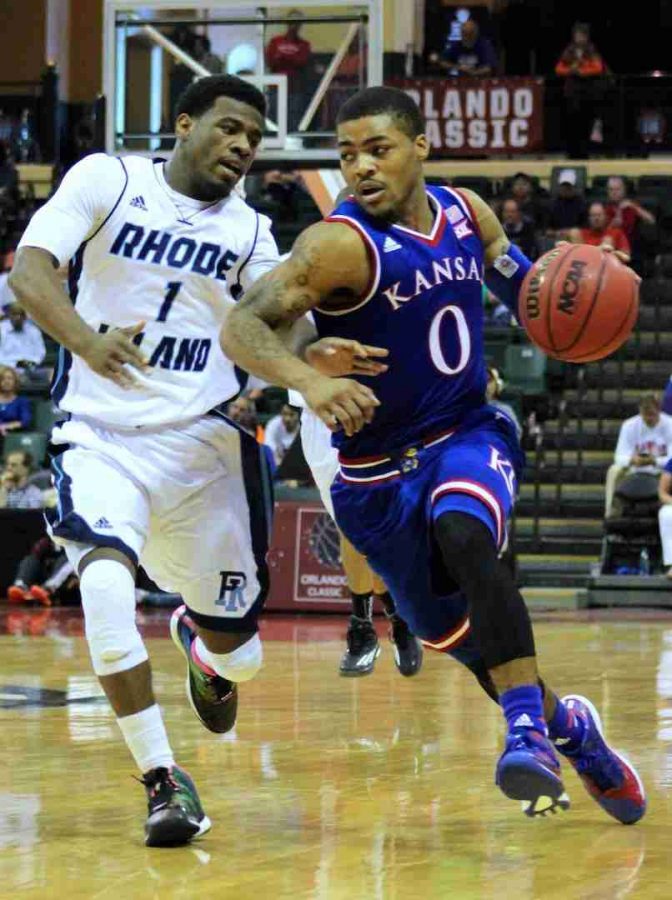 Kansas advanced to the Orlando Classic semifinals with the win over Rhode Island.

LAKE BUENA VISTA — Perry Ellis scored 17 points in 24 minutes as the Kansas Jayhawks defeated the Rhode Island Rams 76-60 in the Orlando Classic on Thursday at the HP Field House in the Disney Wide World of Sports.

Ellis played only seven minutes during the second half, but scored six points during that time. Kansas had 33 points off the bench for the game including 10 from Devonte Graham and nine from Cliff Alexander.

“We’re a fairly balanced team,” said Kansas head coach Bill Self. “Where as it really shouldn’t matter who’s out there. We start five guys, but I’m not sure that really means much because I think we can probably start seven or eight guys.

“When guys are playing well I think we’ll be capable of doing that moving forward. But we had good guys, Cliff gave us good minutes, obviously Jamari did the second half and Brandon Green did as well, and of course Devonte was really good off the bench.”

Rhode Island tried to get back into the game using their three-point shooting, but the Rams went just 2-8 from behind the arc for the opening half.

The Jayhawks went into halftime leading 43-25, while outscoring Rhode Island 14-0 in the paint.

Rhode Island was able to close the gap to 13 points during the second half, but that was as close as the game would get. The Rams never led during the course of the game.

Frank Mason III complemented Ellis’ 17 points with 12 points of his own, while adding five assists. Wayne Selden Jr. also had an all-around game for the Jayhawks, as he had 10 points, seven rebounds and four assists for the game.

“I felt good,” said Ellis. “I just tried to keep attacking, that’s what coach was constantly telling me and I felt like the offense went really well for our team.”

Rhode Island’s leading scorer was E.C. Matthews with 20 points while shooting 6-18 from the floor. The Rams only had one other player in double-digits scoring and that was Gilvydas Biruta with 16.

The win now improves Kansas to 3-1 for the season and advances them to the semifinals, where they will face Tennessee on Friday at noon EST on ESPN.