UCF looking at USF as more than a rivalry game 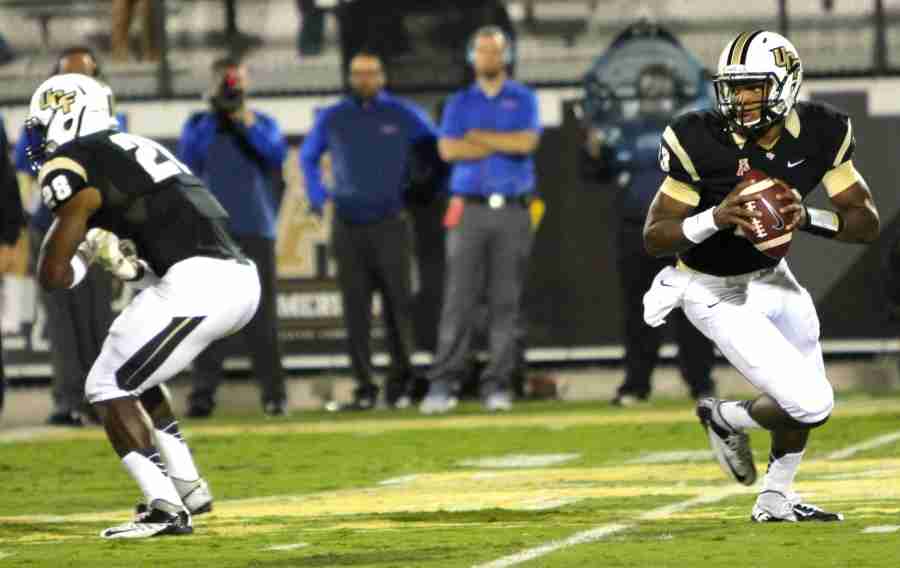 UCF didn’t have a true rival in football until last year, but if you ask the players they still don’t feel like Friday’s matchup against in-state USF Bulls is a rivalry, at least to them.

USF  took UCF to the brink last season, forcing the Knights to use a late Blake Bortles touchdown pass and a Jordan Ozerities interception on the Bulls’ final drive to seal the programs first-ever victory over USF.

Now UCF will travel to Tampa, for a matchup against USF and their all-time leading receiver Andre Davis. The Bulls come into this game slightly better than they were last season and now have a ground game with 1,000 yard rusher Marlon Mack, but UCF’s defense has been tops in the country lately and will be up to the challenge of stopping Mike White and USF.

Despite the Bulls being 4-7 on the season the Knights are making sure not to look past a team that will be approaching this matchup as a bowl game.

The Bulls has used three different starting quarterbacks this season, but they’ll call on Mike White for the start against the Knights. White played well last year, with his only big mistake being the interception late in the fourth quarter.

While the UCF players won’t admit that this is a rivalry game, they have no problem letting it be known that they are still in a playoff mentality.

Players might now own up to the significance of the rivalry, but coach O’Leary has been there for all five matchups and knows what this game means for the program.

“Of course there’s a lot of interest in the game,” said O’Leary of the rivalry. “But the big things is it’s a big conference game for us and we need to stay in touch with what our goal is to win the conference and you can’t afford a setback in any of the games or you’re going to be out of it.”

Kickoff for the sixth installment of the “War On I-4” is set for noon, with the game being televised on ESPN2. USF leads the all-time series 4-1.