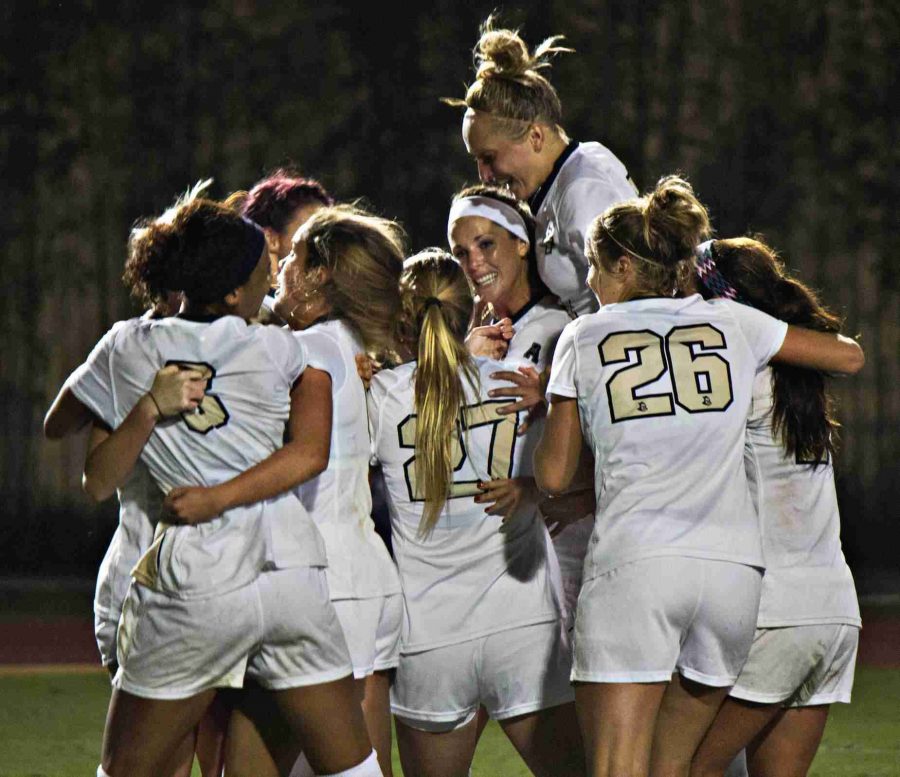 The senior class of the UCF women’s soccer team will be putting on their shin guards for at least one more game in their collegiate career, as the Knights stopped history from repeating itself, avoiding back-to-back years of first round elimination in the 2014 NCAA Women’s College Cup Tournament.

The Knights defeated the Georgia Bulldogs, 2-1, Friday night in the first round of the NCAA tournament. They will now play the University of Wisconsin on Friday, Nov. 21. Kickoff is scheduled for 2 p.m. at the Seminole Soccer Complex, in Tallahassee.

“We knew we could do it, It was just a matter of heart,” said Kayla Darden after the game. We won this game with heart. I am a fifth-year senior and this is not going to be last game. I’m happy that I get to go on to the next round.”

UCF controlled much of the first half, thanks to the play of senior forward Tatiana Coleman, who lead the team in goals during the regular season (12); outshooting Georgia 9-2 in the first  half. While Coleman did not manage to find the goal herself, her presence did not go unnoticed. Her play on the wing created a plethora of opportunities for her teammates; including a play in the 31th minute where she found Darden for the Knights’ first goal of the game.

“I’m a fifth year senior, so last year I got to see what the seniors were going through — the class I came in with — and I couldn’t really imagine it because I was like “I have one more year,” said Darden. “Being here, knowing that this could be my last moment on the field, it really pulls out crazy emotion inside of you. So I gave everything I could, and now I understand the seniors before me: what it really means to dig deep and do everything you can to stay on this field.”

After a strong push by Georgia in the second half, and multiple failed attempts to clear the ball on UCF’s behalf, Andie Fontanetta would go on to tie the game for the Bulldogs at 1-1; scoring her first career goal.

Following back-and-forth action from both teams, UCF would regroup and begin putting pressure on Georgia’s Freshman goalie Louise Hogrell. In the 70th minute, Knights’ freshman forward Hannah DeBose would find Bridget Callahan on the cross, who would one-touch it to Ashley Spivey for the game winning goal.

“We were so energetic on the field. We were so mobile, and that takes a lot out of you,” said UCF head coach Tiffany Sahaydak. “It really was a huge team effort, we knew at halftime Georgia would be a different team and they put us under pressure, but we gained control.”

Fontanetta’s goal made her just the second player this season to score against UCF on the Knights’ home field; improving to 11-0 at home.

The win gave Tiffany Sahaydak her first NCAA tournament win as a head coach. And what better way for her to celebrate then with a peanut butter and jelly sandwich, and a dance off to Outkast’s “Hey Ya.”