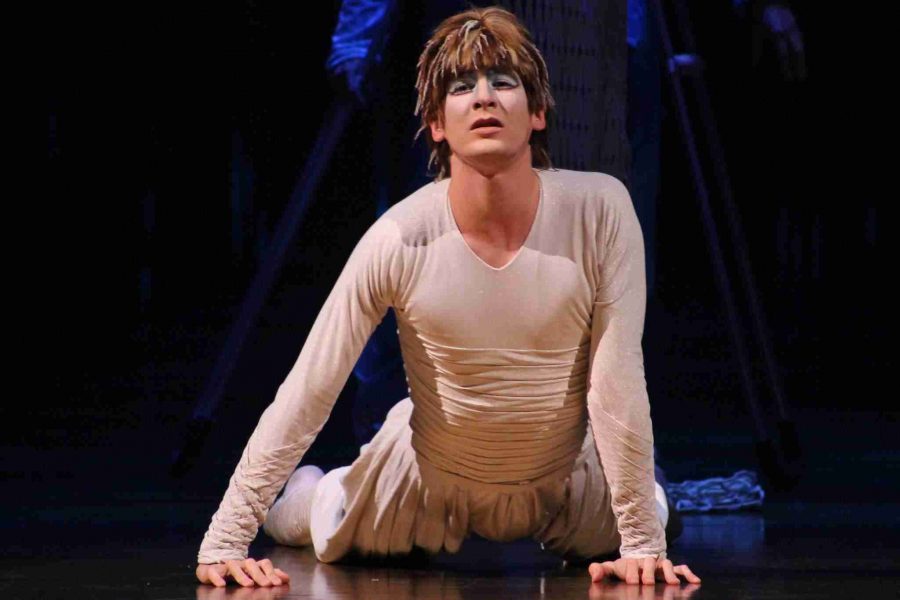 Traveling Varekai wows audience on opening night By Greg Caron Opening night for Cirque Du Soleil’s traveling performance Varekai was a success, opening with flying colors, literally. The smaller stage and impermanent nature of the on-the-road style show did little to take away from the spectacular.

True to the typical Cirque for: a couple of dopey clowns, these ones costumed as theater ushers, tickled the crowed with their exaggerated warm up routine, embarrassing as many patrons as humanly possible , before the real show began. It seems as though Cirque has found the perfect medicine for that awkward “When is the show going to start,” moment that accompanies almost any production.

Like most other Cirque performances there was a loose storyline revolving around the forces of good and evil. Varekai is an spin-off of the famous Greek myth of Icarus. It picks up with a reimagined version of where the myth leaves off with Icarus falling from the sky.

This time instead of falling to his death, Icarus lands in a whimsical forest in the Kingdom of Wherever. A land populated with vibrant creatures who knot and contort their bodies as the dance across the stage, a mad scientist and his not so helpful assistant, and throngs of red beasts and cherubs pitted against one-another in a kind of tug-of-war over who could help Icarus learn how to fly again.

At times it could be a perplexing storyline to keep strung together in your mind, between the mad scientist pratfalls and the more attention grabbing tumbler performances but, for the most part it didn’t distract the audience too badly from what they really came to see: Multitudes of bodies being chaotically flung through the air ad nauseam. It is a Cirque show after all.