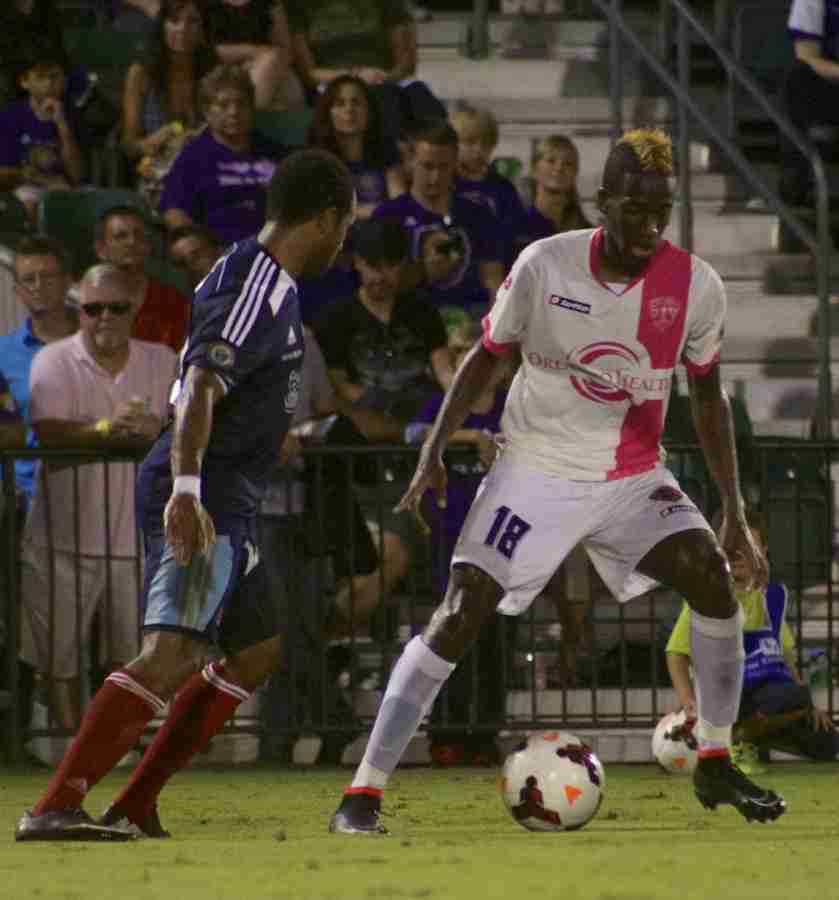 Kevin Molino tied the USL PRO single season scoring record, as Orlando City avenged their most recent loss with a 3-1 victory over the Harrisburg City Islanders on Saturday, Aug. 16 in front of an announced attendance of 5,029 at the ESPN WIde World of Sports.

Harrisburg City took an early lead in the 6th minute when Robbie Derschang scored by getting the ball around goalkeeper Miguel Gallardo and into the net.

Orlando City responded two minutes later when Darwin Ceren scored his first goal of the season on a free-kick from 40-yards out.

Molino gave Orlando a 2-1 lead in the 19th minute, when the Trinidadian midfielder scored his 15th goal of the season by chipping the Harrisburg City keeper.

The goal tied Molino with former Lion Dom Dwyer for the record for most goals in a USL PRO season. It took Molino 21 games to score his 15th goal, while it took Dwyer only 13 during his loan stint last season.

Coincidentally, Orlando City were wearing their pink jerseys on Saturday night against Harrisburg City, last year Dwyer broke the then USL PRO record of 13 on a night that the Lions wore pink jerseys as well.

Ceren extended Orlando’s lead to 3-1, when he tucked the ball into the back of the net on a breakaway in the 89th minute.

“I think it was a much deserved win,” said Orlando City head coach Adrian Heath after the game. “I think it would have been a travesty if we hadn’t had taken all three points. We created a lot of chances, played some really good football.”

With the 3-1 win, Orlando City improves to 16-2-4, 52 points, and clinch home-field advantage in the first round of the USL PRO playoffs. Orlando currently sits three points ahead of the Richmond Kickers in the standings, while having two games in hand over Richmond.

Tickets for Orlando City’s first home playoff game are already on sale and can be purchased via OrlandoCitySC.com.