Predators bounce back with win over San Antonio Talons 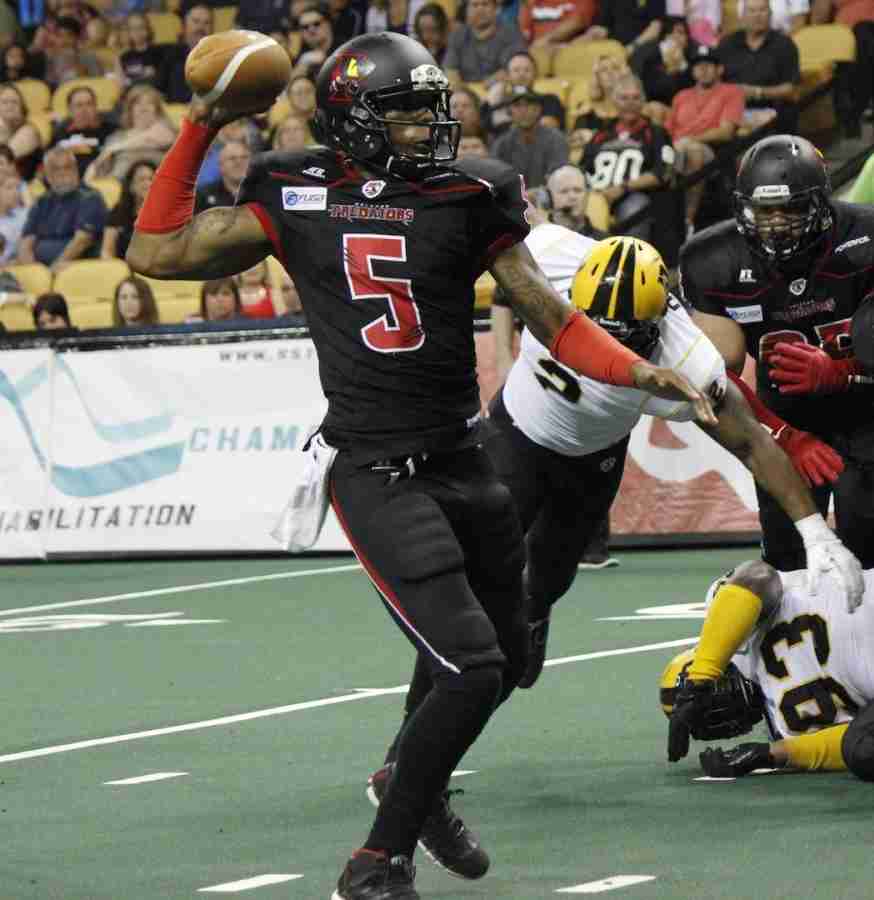 Bernard Morris threw three touchdowns and rushed for two more in the Predators 58-39 win over the San Antonio Talons.

Bernard Morris scored a total of five touchdowns as he helped lead the Orlando Predators to a 58-39 victory over the San Antonio Talons on Saturday at the Alamodome.

Morris went 13-22 passing and threw three touchdowns, while also rushing for another two scores in his first starts since being benched in favor of Jason Boltus last week.

Larry Brackins, Kendal Thompkins and Khalil Paden each caught one of Morris’ touchdowns passes. Paden also led the Predators in receiving for the game with 62 yards.

Tailback Michael Simons added two rushing touchdowns for the Predators, he finished the game with five yards on three rushes.

Orlando’s defense also made some big plays, as Tanner Varner and Anthony Shutt both came up with interceptions for the Predators.

Boltus took a few snaps under center during the final minute of the game. He completed a five-yard pass to Greg Carr and fumbled a snap during his one series on the field.

While Boltus didn’t get into the game until it was well in hand, it was obvious that Orlando head coach Rob Keefe wanted to get his backup quarterback some in-game reps.

The win snaps a two-game losing streak for the Predators and improves their record to 7-4 for the season, keeping them one game ahead of the Tampa Bay Storm in the American Conference South Division.

Orlando will now return home for a short week in which they face the Jacksonville Sharks on Thursday, June 12 at the CFE Arena.