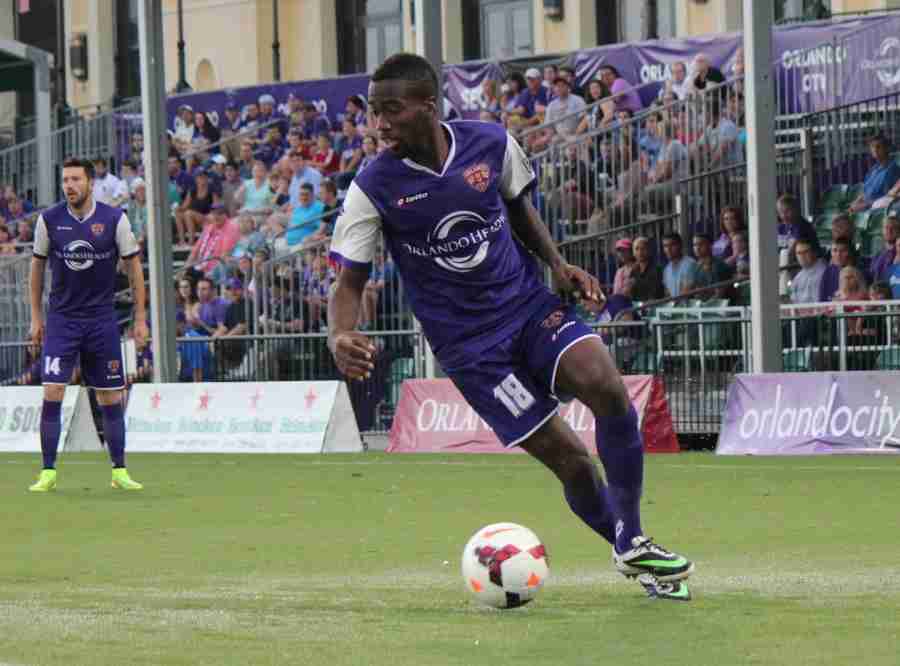 Kevin Molino added to his league leading goal tally on Saturday against the Charleston Battery.

Corey Hertzog scored his first USL PRO goal, as he helped Orlando City SC defeat the Charleston Battery 2-0 in front of an announced attendance of 4,987 on Saturday at the ESPN Wide World of Sports complex.

The win over Charleston marks the end to a month of June that saw Orlando City play nine games, including two U.S. Open Cup matches. Orlando City finished the month with only one lose, and that came in a friendly against Serie A side AS Roma.

Hertzog put the Lions on the scoreboard in the 42nd minute, when his header found the back of the net for his first league goal of the season. Kevin Molino helped set up the Hertzog goal, nothing his fifth assist of the season.

“It’s good for my confidence,” said Hertzog about his goal. “Going into the game next Saturday against Montreal it’ll be good.”

Orlando City outshot Charleston 9-3 during the first half of the game, but the Battery played much better in the second 45 minutes.

Molino scored Orlando City’s second goal of the game in the 75th minute, putting in his league leading ninth goal of the season.

Charleston outshot Orlando 7-2 during the second half, but the Battery couldn’t find the back of the net.

“I can’t be too critical of our performance tonight,” said Heath after the game. “We looked what we were, very tired.”

The win over Charleston, Orlando City remains undefeated in league play with a 9-0-3 (30 points) record.

Orlando City’s next game will be Saturday, June 7 against the Montreal Impact Reserves at the ESPN Wide World of Sports complex.

“They will all miss the next game against Montreal,” said Heath about the players going off on international duty. “So big opportunity for some of the other guys.”