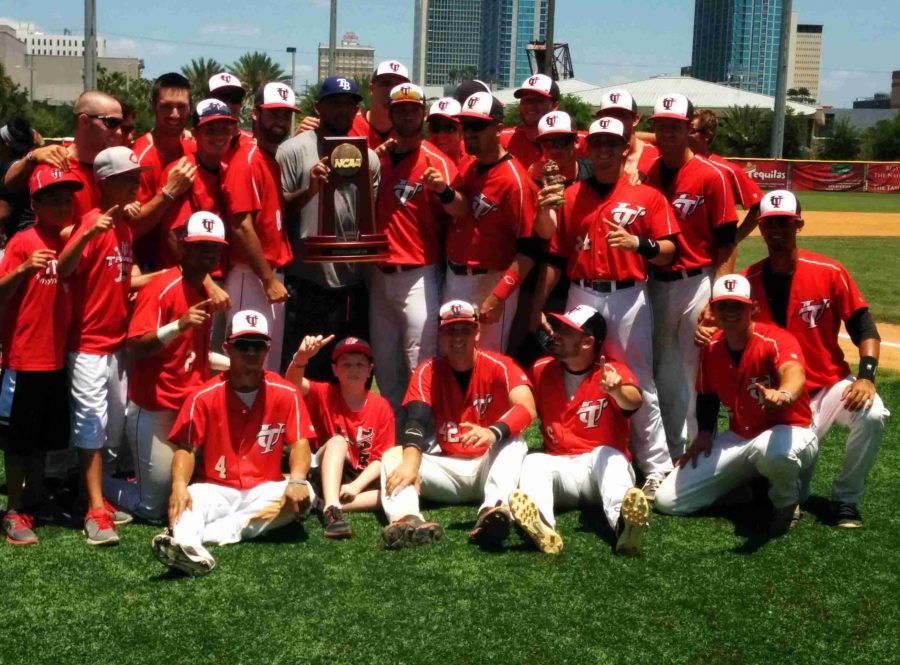 The University of Tampa Spartans will now go to the D-II College World Series after winning their regional championship.

University of Tampa pitcher Trey Oest turned in a dominant performance on the mound in his first game in over three weeks to lead the Spartans to a 3-0 win over Florida Southern to take the Division II Southern Region Championship.

Oest returned to the field on Sunday after missing the past three weeks with shoulder tendinitis and turned in his second complete-game shutout of the season. He held Florida Southern to just one hit on 78 pitches.

“To get a complete-game one-hitter shutout out of Oest after he hasn’t pitched in three plus weeks [was] just a gutsy performance and a great all-around four days for this baseball team,” Spartans head coach Joe Urso said.

“Now we have a chance to defend our title. It’s tough enough to win one [but] we look forward to trying to go there and defend it.”

The Spartans return to Cary, North Carolina this week to play in the College World Series where they look to repeat as national champions. At this stage of the season, each game the Spartans play becomes bigger than the one before and that is something the team must continue to deal with.

“They’re playing it hard and they just grind you out until the end and I think that’s why they’re successful,” Urso said of his players. “They don’t make the game too big. I hope they can continue to not make that moment any bigger than it is; it’s going out and winning a baseball game.

“The stage becomes bigger every game now, but we’re going to keep preaching to play it the way we’ve played it all year.”

The Spartans will fly out to North Carolina later this week to compete with seven other teams for the opportunity to win the national championship. Coming out of the Southern Region as the No. 1 team, the Spartans figure to be the favorites to repeat as national champions.

“We talked about three goals and they know that the third one is the most important,” said Urso. “They took care of the first two and now we have a chance to go to [the College World Series] and hopefully we can bring home that seventh national title.”