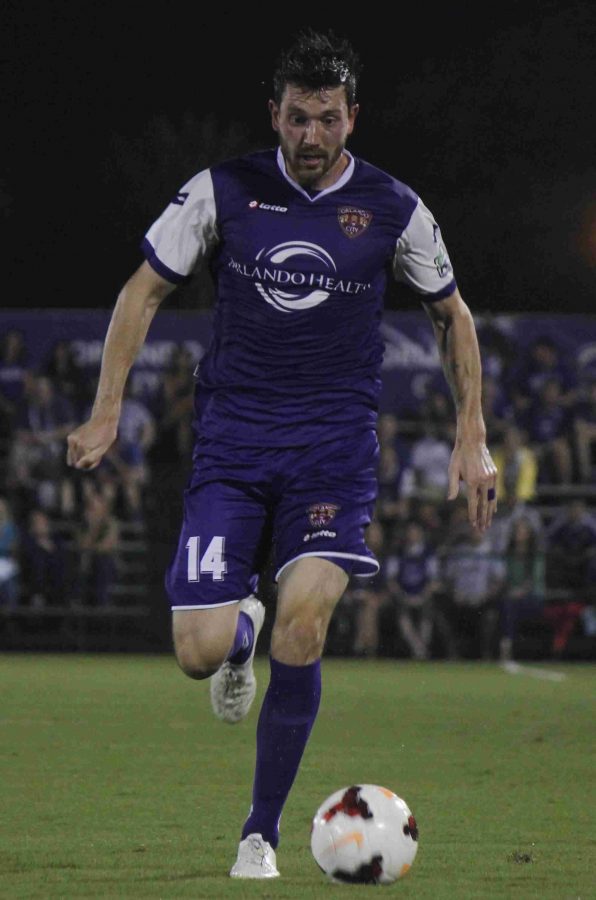 Luke Boden cored the game tying goal in the second half for Orlando City on Saturday.

Luke Boden scored Orlando City’s lone goal as they went on to play to a 1-1 draw against the Rochester Rhinos at Sahlen’s Stadium on Saturday.

The draw comes in the second game of a back-to-back for the Lions, after they defeated the Pittsburgh Riverhounds 1-0 the day prior.

Boden’s goal came in the 62nd minute after the Rhinos cleared a corner kick outside of the, and the Englishman struck it into the back of the net for the equalizer.

Orlando City took four points over the weekend and remain if first place in the USL PRO with a 6-0-2 record and 20 points.

The Lions next game will be on Wednesday, May 14 against the Ocala Stampede in the second round of the U.S. Open Cup. The game will be played at Orlando City’s training facility in the Seminole Soccer Complex in Sanford.