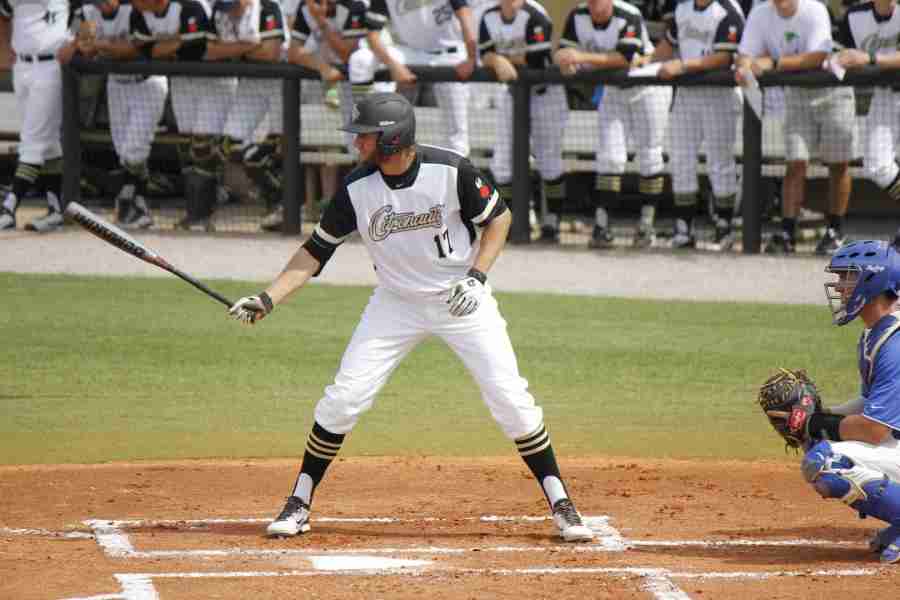 Derrick Salberg went 3-5 with an rbi and a run scored against Presbyterian.

Presbyterian College scored three runs in the ninth inning on Saturday to pick up the 6-3 win against the UCF Knights on “Citronaut Day” at Jay Bergman Field.

The Blue Hose broke a 3-3 tie in the top of the ninth inning off of Knights pitcher Trent Thompson with a RBI double by Cam McRae and a two-run double by Nate Chong.

The Knights scored runs in the fourth, fifth and sixth innings to take a 3-1 lead before the Blue Hose tied up the game in the seventh inning. Derrick Salberg led the way for the Knights by going 3-for-5 with an RBI and a run.

Knights starting pitcher Tanner Olson gave up three hits and an earned run in 4.1 innings, but did not factor in the decision.

UCF was rebranded on Saturday as the Citronauts for a tribute to the school’s first mascot when it was known as Florida Technological University.

The Knights will be going for the series win on Sunday against the Blue Hose with the first pitch set for 1 p.m.

“We need to make some adjustments, just kind of overall,” said Rooney on if he’ll make any adjustments for Sunday’s game. “Those guys played better than us today to their credit.”