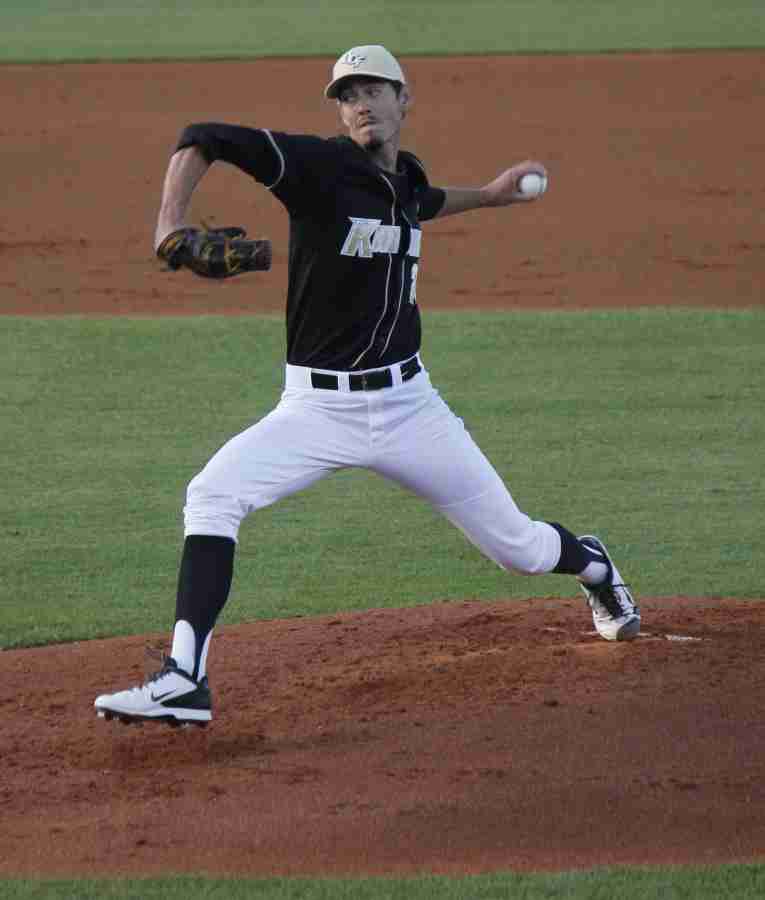 Eric Skoglund tied his career-high with 11 strikeouts against Presbyterian.

The UCF Knights bounced back at home after a rough offensive outing earlier this week to take the win against Presbyterian College on Friday night 10-0.

On Tuesday the Knights lost to Florida Atlantic at home 1-0 while getting just three hits in the game. Head coach Terry Rooney said after the game that the team will get their offense going, and they did just that on Friday night.

Catcher Jordan Savinon helped the Knights jump out to an early 3-0 lead in the first inning by knocking in a pair of runs.

The Knights added a run in the second and fourth innings, before erupting for five runs in the seventh inning. Four out of their five runs came with two outs.

Shortstop Tommy Williams hit a two-run homerun to left field in the inning to make it 8-0 before second baseman Brooks Morgan brought in a run on a double to left field. Savinon would go on to score the Knights’ 10th run on a passed ball.

The Knights will turn to pitcher Tanner Olson on Saturday on what the school is calling “Citronaut Day.” The school will be wearing special throwback jerseys honoring the character known from when the school was called Florida Technological University.