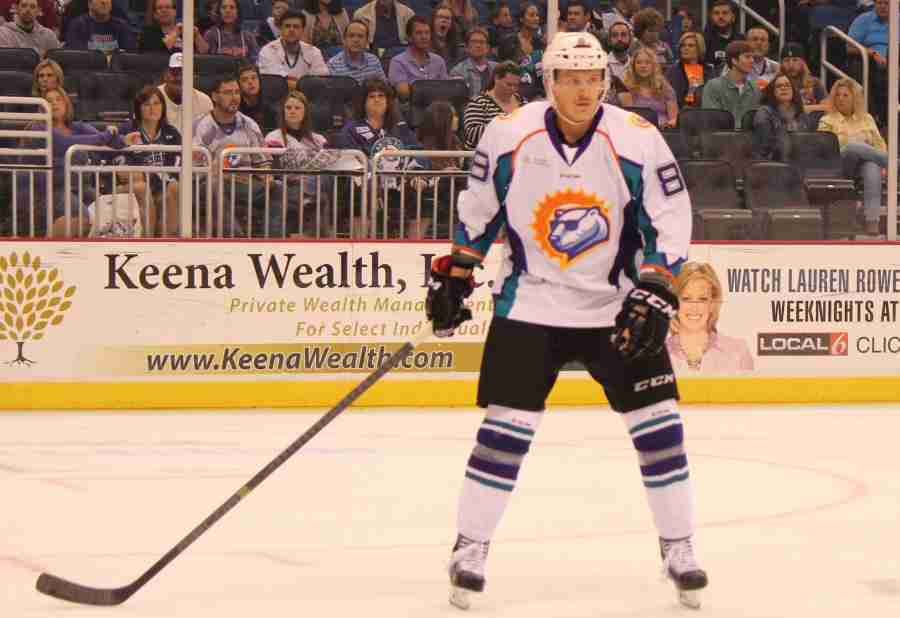 C.J. Severyn scored the Solar Bears first goal of the game on Saturday.

The Orlando Solar Bears will have at least one more home playoff game after winning 3-2 on the road in an overtime thriller against the Cincinnati Cyclones on Saturday in Game Five of the ECHL Eastern Conference quarterfinals.

Orlando started the series 0-3, but have since won back-to-back games to bring the series back to the Amway for Game Six.

The Solar Bears managed to win the game despite being outshot by the Cyclones 43-24 during the game.

With the win Orlando now guarantees themselves at least one more home game, which will be played on Tuesday, April 29 at the Amway Center.

Puck-drop for Game Six against Cincinnati is set for 7 p.m. Tickets can be purchased via ticketmaster.