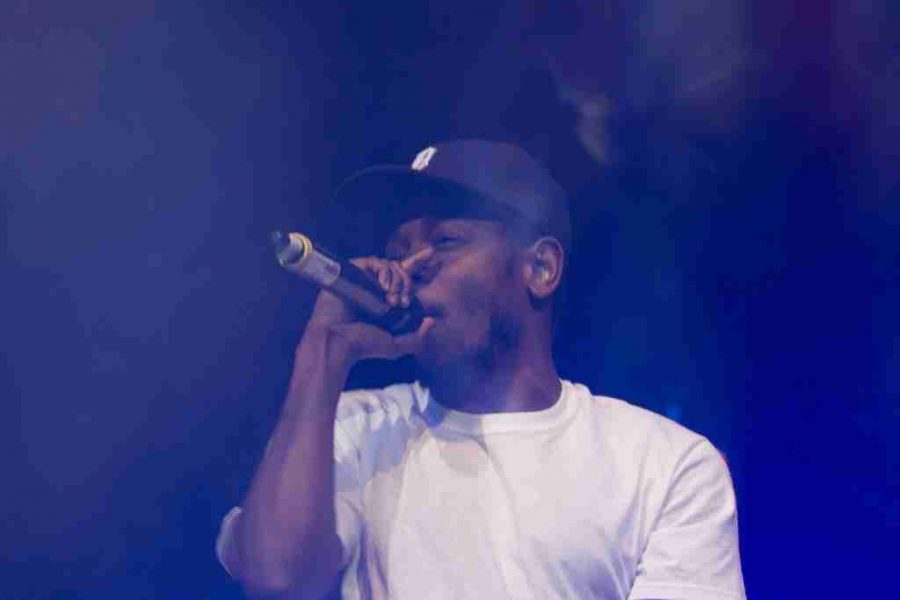 Kendrick Lamar stated to CFE Arena that he would be back, when he performed at the venue last year, and Sunday night he lived up to his promise. After taking a break in 2013, UCF brought back their annual “420 Concert Series,” with Mr. Lamar. He was supported by a vast of supporting acts, with the most recognizable act being his Top Dawg Entertainment label mate Jay Rock.

Mr. Lamar stayed true to his “Control” verse — where he stated that “I ain’t rockin’ no more designer sh*t” —  as he hit the stage sporting a white tee, blue jeans, Detroit Tigers fitted, and a pair of white, blue and gold Nikes (possibly Lebron 9’s). He does not have many show dates on his schedule, so it’s uncertain what Mr. Lamar has been up. Based off of his scruffy look, possibly (hopefully) working on a new album. The Compton, Calif. rapper performed songs dating back to his first project “O.verly D.edicated,” up to singles past his “good kid, m.A.A.d city.”

Aside from his short set, Mr. Jay Rock would join Mr. Lamar on stage during his performance to play their song “Money Trees” together. During his solo set, he performed his 2011 hit “Hood Gone Love It,’ as well as his verse from Ab-Soul’s “Black Lil Bastard.”

Orlando-based rapper Caskey also made a brief visit to the stage. While he did not perform, he and his DJ Slim did manage to take over the microphone and hype up the crowd prior to TDE taking the stage.