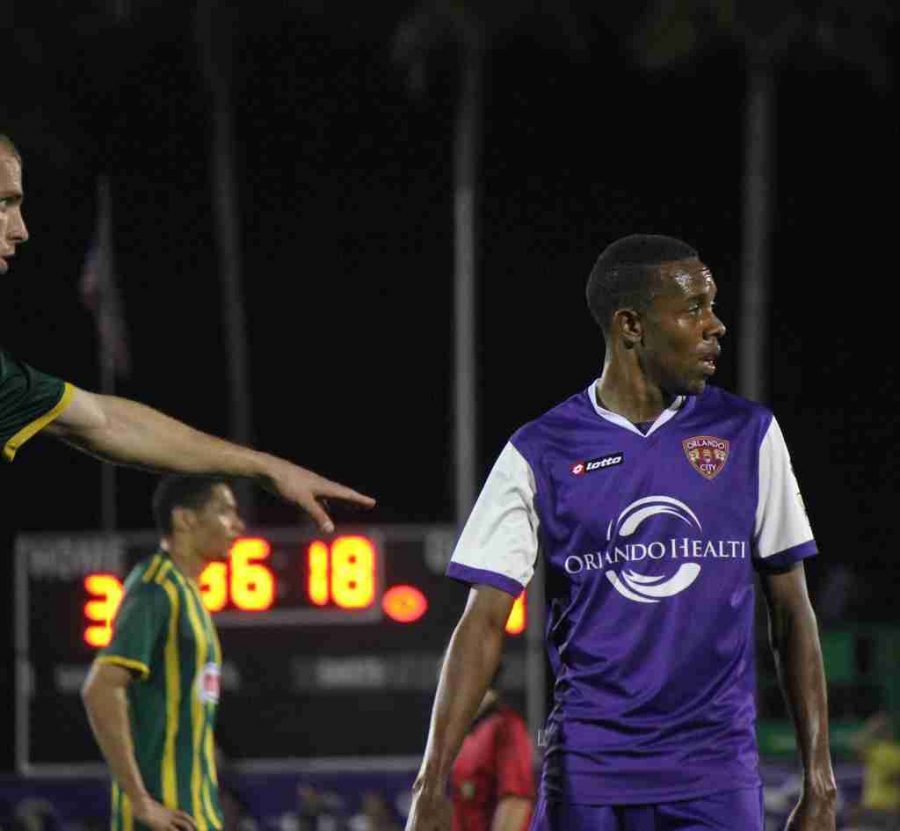 Orlando City SC moved into first place in the league this past weekend, with a 1-0 win over the Charleston Battery.

The win improved Orlando’s record to 2-0-2 for the season and put them at the top of the table with eight points.

Orlando City will now go on a two-game road trip, which includes matches against the FC Dallas reserve squad and the newly-formed Oklahoma Energy.

“We’ve got a couple of difficult road games,” said head coach Adrian Heath about the club’s upcoming road trip. “But I think the win tonight will do us good.”

Orlando’s newest loanee comes from FC Dallas, so the Lions’ next game will be interesting for the 22-year old midfielder.

“It’s going to be fun playing against them,” said Span about getting to play against the reserve squad of the team that loaned him to Orlando. “I know all the players and how they play, so if coach needs some advice on who to mark, I’ll tell him.”

The game against FC Dallas is set for Tuesday, April 22 at 8 p.m. Eastern Standard Time. Orlando CIty will than have a short week before taking on the Energy in Oklahoma CIty.

All of Orlando City’s USL PRO matches can be streamed via their official Youtube page.