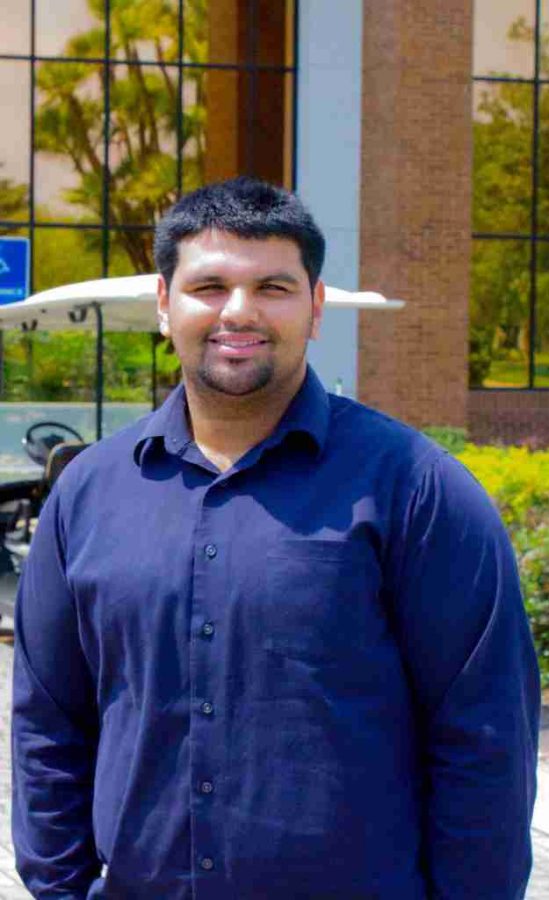 For many students, choosing a career path at Valencia falls somewhere on their difficulty meter between brain surgery and rocket science. However, that’s not the case for every student.

Every so often, the sea of undecided majors parts-ways and a student like Bishal Sarmat shines bright, like a diamond in the rough.

Sarmat is a transient student, like many others, between Valencia and UCF studying in the medical science field. He says that he’s known that he wanted to be a doctor for as long as he can remember.

As a child to a single mother, Sarmat would watch the Discovery Health Channel whenever he could.

“I was really impressed with what they were doing,” he said while explaining his deep-rooted interest in the medical field.

Sarmat was only 16 when his mother underwent the near-fatal attack.

He had to temporarily withdraw from school and work full-time at a gas station to help cover the bills. It still wasn’t enough.

“I remember the day we got our house foreclosed,” Sarmat confessed. “For me it was tragic.”

Sarmat supported his mother for a year and a half. He became the manager of the gas station during this time.

Eventually, she made a full recovery and was able to return back to work so that Sarmat could continued his education. The event helped solidify his dream of becoming a doctor.

“All of the obstacles that I’ve been through in my life have made me the person I am now,” said Sarmat. “Becoming a cardiothoracic surgeon is my long-term goal.”

For him Valencia is the next step on a longer road than most students. Cardiothoracic surgery, the field of medicine that specializes in the surgical treatment of afflictions in the heart and lungs, is a specialty field that will require additional training and school on top of the already tedious process of becoming a medical doctor.

His passion has not been swayed by the impending years of heavy schoolwork ahead that, even if he passes with outstanding grades, could all be flushed away if he doesn’t pass the Medical College Admission Test (MCAT).

MCAT test scores are required by almost every U.S. medical school and are reviewed extensively to determine if applicants are eligible for admission.

Sarmat not only understands the weight of the decision to pursue a career as a medical doctor, but, also wants to help others that have chosen a similar path.

Recently Sarmat went before the Student Government Association (SGA) to present an initiative to create the Medical Student Club.

AMSA is a national organization run-by and for physicians-in-training that provides aspiring medical students with real world information on their field and the support and guidance from real physicians.

AMSA also helps relieve the financial burden on students with grants and scholarships that can only be accessed by their members.

“Successful people don’t see the negative,” said Sarmat. “They focus on the passion, the real motivation.”

SGA must have seen Sarmat’s true passion for humanity. The Medical Student Club is now an official Valencia organization and is open for student enrollment.

Interested students may attend MSC’s next meeting on the East campus April 15 from 1-2 p.m. building 3 room 113