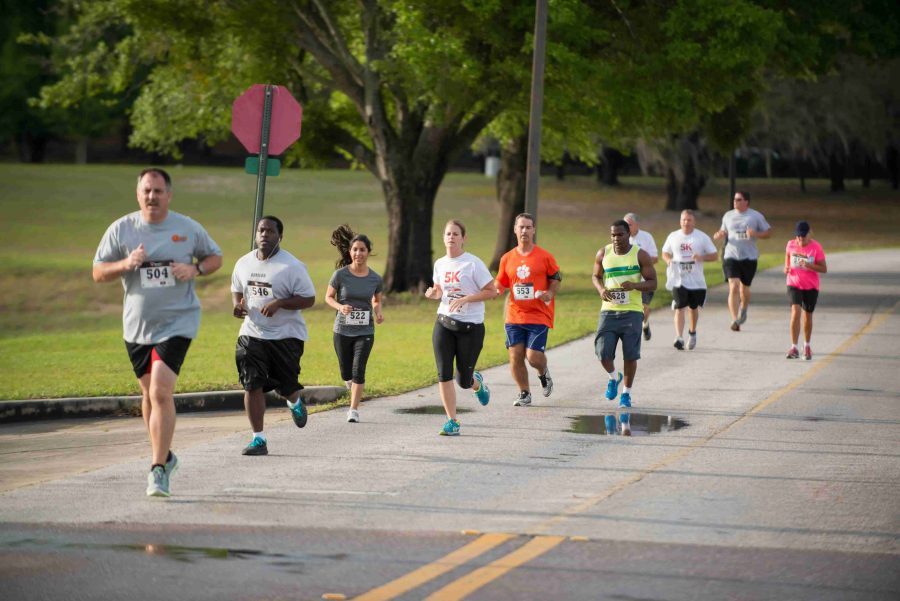 The Valencia community participated in the 9th annual 5k race, which was held this past weekend on the West campus.

This race is held each year by the Alumni Association to raise money for scholarships and other funds to aid students in the paramedic, fire and rescue, and criminal justice programs at Valencia College.

Despite the numerous tornado warnings and torrential downpours that started in the early afternoon on Saturday, the turnout was great with about 168 registered runners and quite a few last minute walk ups.

“I think a lot of people sign up just to donate money, but may not run because it’s a great cause,” said student volunteer Frankeska Flores.

People from every walks of life came out to run. There were runners of all age ranges, from as young as 10 to as old as 65. They ranged from students, to staff members, to members of the community. Some said they were required to participate. Others came out because it is for a great cause, and some just because it was a great excuse to exercise and get in shape.

The race started precisely at 6 p.m. and was a semi-circle around the West Campus Complex.  The first two runners circled the first mile marker very quickly and were right at each others heels throughout the race.  In the home stretch, both runners came sprinting to the finish line but there was a clear winner in the end. With a finishing time of only about 20 minutes, the winner was staff member Marc Moseley.

“I thought he was going to catch up to me in that last stretch,” said Moseley about second place finisher Victor McElvin. “But turned and saw he had nothing left, which was good for me.”

With a great turnout and a lot of money earned, there will be another race held in the September on Osceola Campus.