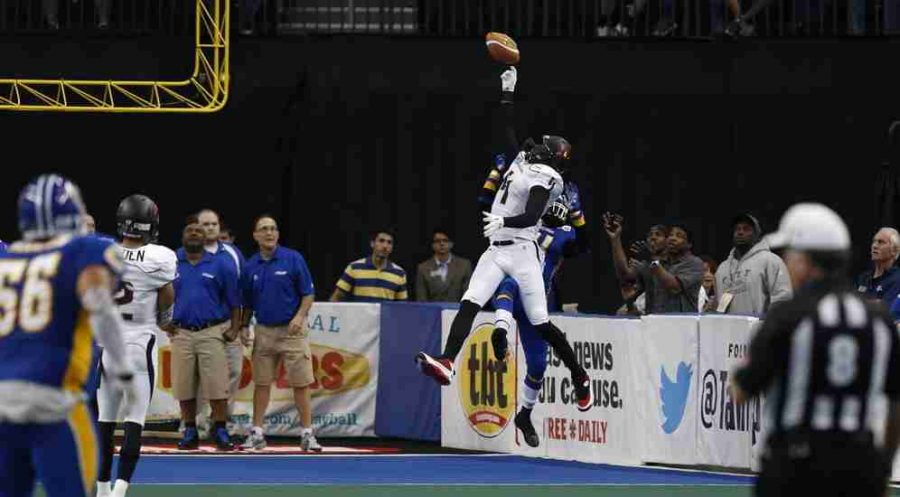 Late fourth-quarter comebacks are becoming the norm for the Orlando Predators, as they used another last minute turnover to remain undefeated on the season.

The Predators (3-0) now lead the all-time series in the “War on I4” rivalry, after defeating the Tampa Bay Storm 56-52 Saturday night, to an announced Tampa Bay Times Forum crowd of 10,896, in the the teams 53rd head-to-head match.

The Storm went into the fourth quarter leading the Predators 39-28, and would keep a two-score lead throughout the final minutes of the game. After trading scores back-to-back, Orlando would cut into Tampa’s 52-42 lead, scoring the games final 14-points to win the game.

After failing to recover an onside kick attempt with 45 seconds remaining in the game, the Predators were able to get the ball back on the next play after defensive lineman Mark Robinson recovered a fumble by the Storm quarterback.

The Orlando Predators will remain on the road for Week 4 and travel to face the New Orleans VooDoo on Thursday, April 3rd. Kickoff from New Orleans is scheduled for 8:30 p.m. EST.