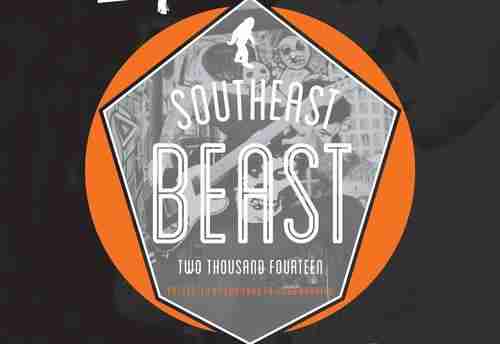 It is a rare occurrence for a band or artist to play along side the same musicians that inspired them to start making music in the first place, but local pop-punk band Hungover gets that chance in Jacksonville at the Southeast Beast Festival on Saturday, April 5 – April 6.

The first day of the festival will include more than 30 bands — who are the biggest names in the pop-punk genre right now: Modern Baseball, Citizen, Fireworks, The Wonder Years, and many others.

Also playing on the first day is Orlando-based band Hungover, who formed in July of last 2013. After releasing their highly receptive EP “Stuck Here,” in October of 2013, they won a battle of the bands event at Backbooth to earn their spot on the festival. They, along with local hardcore band Transcendance, won the battle that was based on crowd attendance and amount of ticket presales sold.

“Its awesome, cause they’ve been my favorite bands since freshman year [of high school]. Its our first giant show — we’ve never had one with more than 100 people — we haven’t had that opportunity; so its great.” said Hungover guitarist Austin Barney about playing alongside The Wonder Years and Fireworks.

The second day of the festival features the hardcore bands. Heavy and fast music will fill the air as bands like Terror, Frameworks, and Hundredth take the stage and tear the crowd to shreds.

Other Central Florida acts that will be on this weekends ticket include You Blew It!, Bad Luck, Valor, and Pinehurst.

For a complete lineup of bands, visit the event’s Facebook page.

Weekend passes and single day passes — Saturday and Sunday— for Southeast Beast may be purchased online via TicketFly.com.