My front row seat for the president’s speech 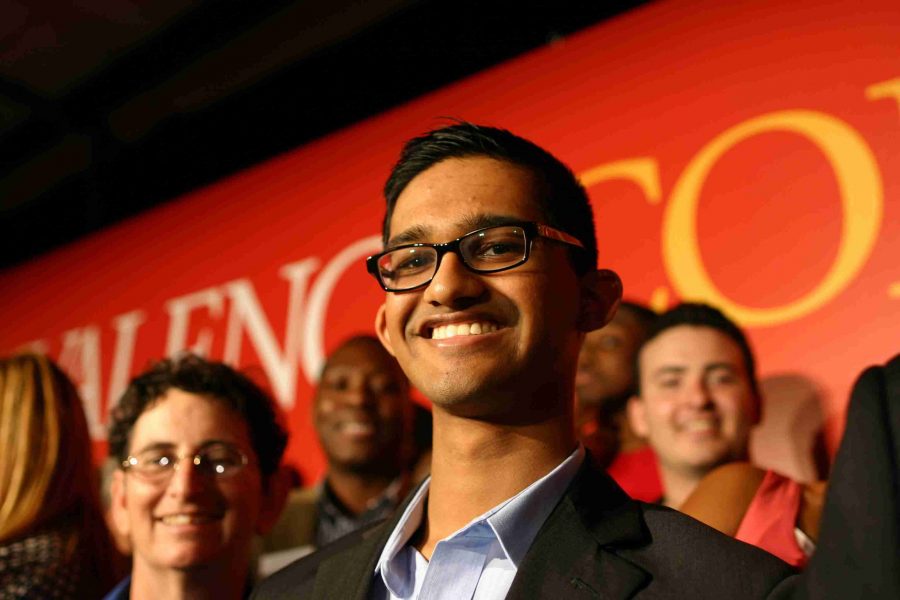 Christoff Ram is the president of Valencia's Model U.N.

President Barack Obama attended Valencia College today to give a speech on women in the economy as well as talk about the minimum wage and his college picks for March Madness.

This occasion was met with surprise and a noticeable amount of giddiness among the students and faculty. By being involved with the Model United Nations club on West Campus, I was able to attend the event to hear the President’s speech.

Obama took the time to commend Valencia College on its success as the first college to win the inaugural Aspen Prize for Community College Excellence for being the best community college in the country. He was also concise in his speech and was able to bring up many points including his upcoming summit at the White House.

There is a certain sense of awe that goes along with the opportunity to hear Obama speak. There was a certain sense of familiarity, since it is a face that I am accustomed to seeing almost every day on the news since I was in 8th grade.  Yet, the shock at realizing that the person that is normally on the television is instead standing in front of me.

It is an incredible experience to hear a speech made by one of the world’s best orators. The emotion of the moment was not lost as a few students shed a few tears at the closing of the speech.

The day winded down with Obama departing after ending his speech and receiving a standing ovation, but a memory has been created for many people that will last for their lifetime.

As for myself, a memory has been made today that will serve as a reminder of the opportunity that Valencia College provides for its students. Without the hard work of the fantastic faculty and staff, these opportunities would not exist.

With Obama gone to fulfill his constitutional duty, what is left behind is the gratitude that such an opportunity was made available to the students. His presence today made me feel truly thankful for the opportunity to attend Valencia College.