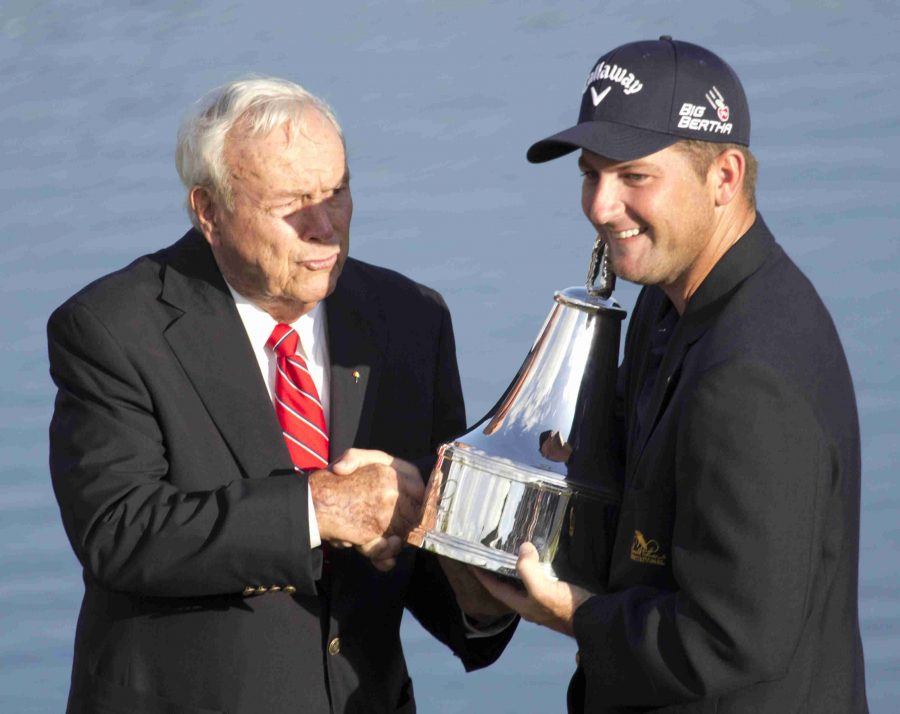 Matt Every came back to win the Arnold Palmer Invitational after trailing by as many as 9-strokes, earning his his first PGA Tour event victory.

It took Matt Every over 90 PGA Tour starts to finally sit alone alone atop the leaderboard. Victory was very sweet this weekend.

The Florida native came back from four strokes down in the final round to win the 2014 Arnold Palmer Invitational.

“It’s really cool. I’ve been close. I got a ton of looks, and I kept telling myself maybe it’s going to be somewhere special, you know,” said Every. “This is really cool, I still can’t believe it.”

Adam Scott went into the final round holding a three stroke lead over eventual second place finisher Keegan Bradley, and was looking for a wire-to-wire victory, but faltered on Sunday shooting a final-round four over 76.

“I didn’t putt at all well today. It was just a little out of sorts for whatever reason,” said Scott. “I somewhat achieved what I wanted out of coming here. Playing in contention over the weekend was fun…it was good to be back in the mix again.”

Every shot a two under par 70 on Sunday, his fourth straight day under par. Every’s previous best finishes on the PGA Tour were two runner-ups in 2012.

He becomes the first player since 1996 (Paul Goydos), to record his first PGA Tour victory at the Arnold Palmer Invitational.

“It’s a relief. I’m glad it’s over,” said Every. “I tell you, I just took what it gave me today. I didn’t drive it great, I made a ton of putts. It just worked out.

Also with the victory, Every earns his first ever invitation to the Masters Tournament. He also earned 500 points in the FedExCup standings, moving him from No. 31 to No. 7.

He also becomes the second alumnus from Golf Channel’s Big Break reality competition series to win on the PGA Tour.  Every was one of 12 contestants who competed on Big Break Mesquite in 2007, the eighth season of the series, which took place in Mesquite, Nevada.

Keegan Bradley posted an even par 72, and finished the tournament at 12 under par. Scott finished 11 under par, and Jason Kokrak finished at 11 under.

The Arnold Palmer Invitational wraps up the Florida swing, as the players now head to Texas for two events before heading to Augusta, GA for the first major of the year, The Masters, which begins April 10.