UCF gets walk-off single in ninth 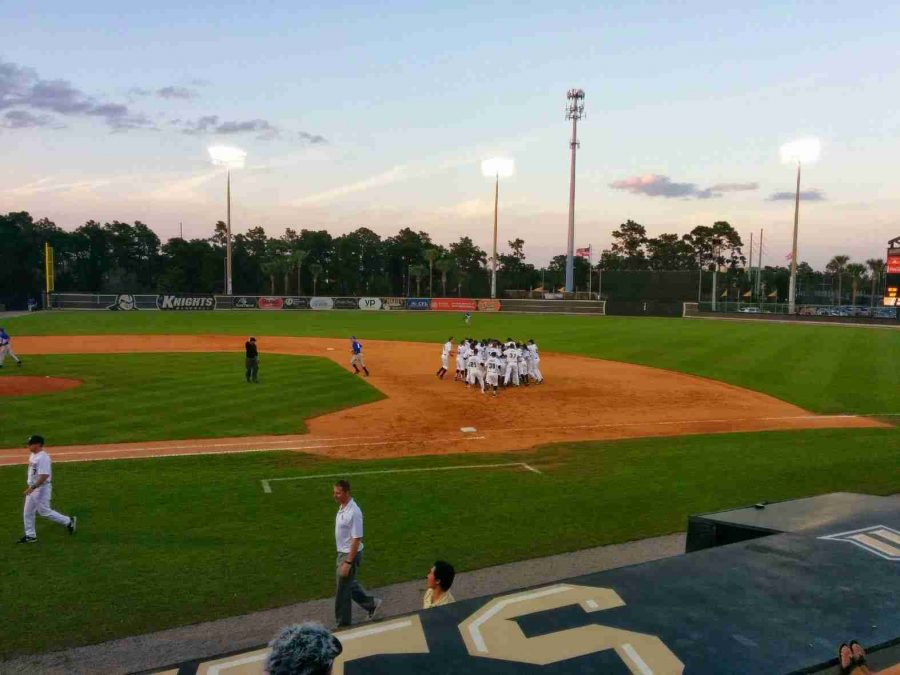 UCF Knights catcher Jordan Savinon hit the Knights into the win column after his hit in the bottom of the ninth against Central Connecticut State.

With a man on second base, Savinon sent the pitch down the right field line to help the Knights get their ninth win of the season over the Blue Devils, 9-8. The walk-off hit was the first of Savinon’s career.

“It feels really good especially after those two losses against Florida State,” said Savinon on walking off in the ninth inning. “It’s really good to come out here and win two straight and just walk off. We’re definitely going to build on that up until next week in the conference play.”

Knights head coach Terry Rooney credited his team on their resiliency during the course of the game.

“They deserve something like that,” said Rooney after the game. “We’ve had an enormous amount of one-run games and extra-inning games; these kids deserve that, they really do. They’ve remained confident and their work ethic has been unbelievable.”

The Knights trailed 7-4 as early as the third inning, but kept chipping away at the lead to remain in the game.

The Blue Devils tied the game up in the eighth inning on pitcher Dominic Severino’s single to center field.

The Knights go for the sweep of the Blue Devils on Sunday at 1 p.m. at Jay Bergman Field.