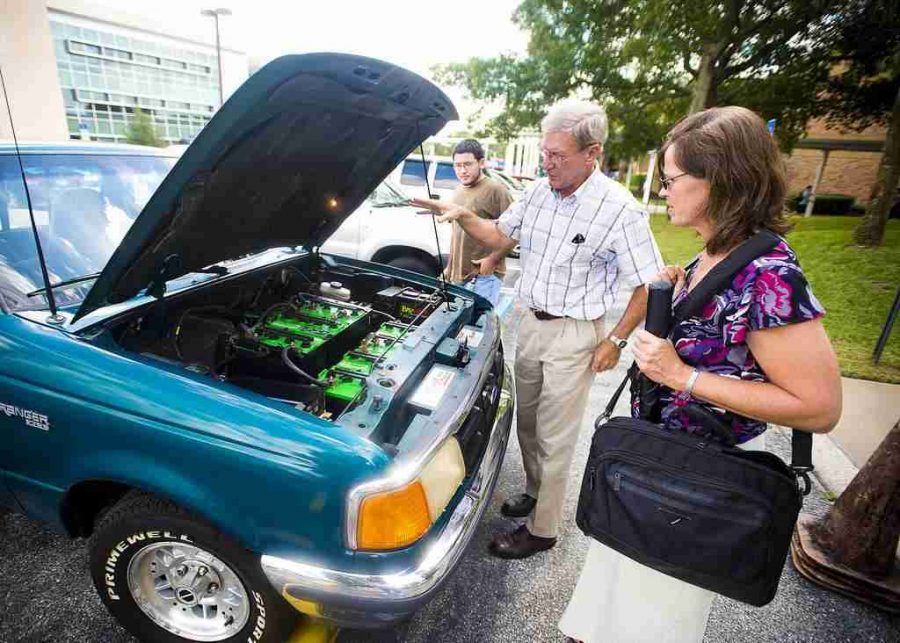 Chevy will award Valencia an estimated $250,000 over three years for their sustainability efforts.

Valencia College has received national recognition for it’s work in clean energy alternatives. As part of a new program, Chevy awarded two schools funding, an estimated $250,000 over three years, which in turn can be used to help the sustainability of clean energy at Valencia.

“We can use the money on energy efficiency.” said Allen Bottorff, the college’s new assistant vice president of facilities and sustainability.

Across the nation, campuses are looking for energy alternatives to not only lower costs, but decrease their ‘carbon footprint,’ the total amount of greenhouse gases produced both directly and indirectly to support human activity.

Valencia and Ball State University in Muncie, Ind were the first two schools to be recognized by Chevy.

According to Valencia’s Sustainability program, with this initiative, Chevrolet will buy carbon credits resulting from campuses’ greenhouse gas reductions.

”Our reputation has preceded us,” said Deborah Green, director of sustainability at Valencia College on speaking of how Valencia came about the recognition. “It’s a revenue stream, It is an integration throughout nationwide.”

The mission of the sustainability department is to educate and encourage faculty and students on the things they can do everyday to help the cause.

“We hope this will be something that students will take action on, because these are serious matters,” said Green.

Both Green and Bottorff stressed the desire of getting not only students educated and involved, but getting faculty to be the examples  to inform students.

“We encourage them (students)  to be engaged, and support Valencia. We (faculty)  are here for them and without their deliberate and intelligent engagement moving forward, our effort will be for not,” said Bottorff.

The American College & University Presidents’ Climate Commitment (ACUPCC) is a nationwide effort to address global climate issues. The ACUPCC website states they are “A network of colleges and universities that have made institutional commitments to eliminate net greenhouse gas emissions from specified campus operations, and to promote the research and educational efforts of higher education to equip society to re-stabilize the earth’s climate. Our mission is to accelerate progress towards climate neutrality and sustainability by empowering the higher education sector to educate students, create solutions, and provide leadership-by-example for the rest of society.”

In 2009, Valencia President Dr. Sanford Shugart signed the nationwide petition, which set the ball in motion for Valencia sustainability.

The opening statement of Dr. Shugart’s commitment stated- “We, the undersigned presidents and chancellors of colleges and universities, are deeply concerned about the unprecedented scale and speed of global warming and its potential for large-scale, adverse health, social, economic and ecological effects. We recognize the scientific consensus that global warming is real and is largely being caused by humans. We further recognize the need to reduce the impacts of global warming and to reestablish the more stable climatic conditions that have made human progress over the last 10,000 years possible,”

As of February 2014, 679 colleges and university presidents have signed the commitment.