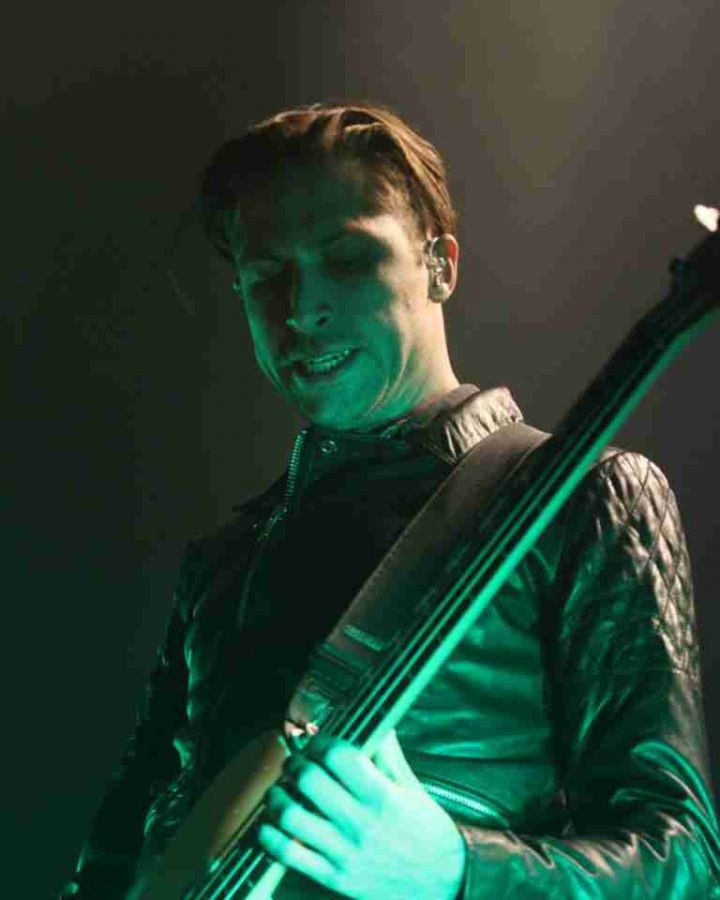 Queens of the Stone Age warmed up the near-capacity crowd at the Hard Rock Live on Friday night from the cold, wet weather many waited in, before getting into the show.

The five-piece band performed 19 songs in the almost two-hour set, covering hits like “No One Knows,” “Sick, Sick, Sick,” “Go With The Flow” and “3’s and 7’s.” They used no pre-recorded backing vocals, relying only on the band members for sound effects, who also used a piano.

Doors for the show didn’t open until 8 p.m., but fans started lining up as early as six hours before.

“It was a cold and wet six hour wait in the rain, but it was absolutely worth it,” said one fan.

Queens of the Stone Age came out of the gate with older songs “You Think I Ain’t Worth A Dollar, But I Feel Like A Millionaire” and “No One Knows” that got the longtime fans involved early. The band then turned to “My God Is The Sun,” the first single off of their latest Grammy-nominated album, “…Like Clockwork,” which got a huge reaction from the crowd, reaffirming their place among rock’s best.

Lead singer Josh Homme elected to keep the atmosphere more laid back as he asked the lighting operator to keep the lights turned down during multiple songs. The band used a near 50-foot tall video screen to show animations and music videos throughout the concert, aiding in the laid back feel.

Homme told the crowd that it had been 10 years since Queens of the Stone Age had last played in Orlando, but remembered that night because he lost his shirt and shoes partying after that concert. Homme made up the long layover in between shows to one fan by taking the fan’s picture on stage, and returning it signed.

Queens of the Stone Age closed out the night with Homme on the piano and vocals for “The Vampyre of Time and Memory” and an extended version of “Song for the Dead” that featured back-and-forth guitar solos by Homme and guitarist Troy Van Leeuwen.

Despite 10 years since the last time the band performed in Orlando, fans didn’t hold a grudge toward the band as the concert was just five tickets away from being declared a sellout, according to one Hard Rock Live staff member.