From under the rock: Among Giants 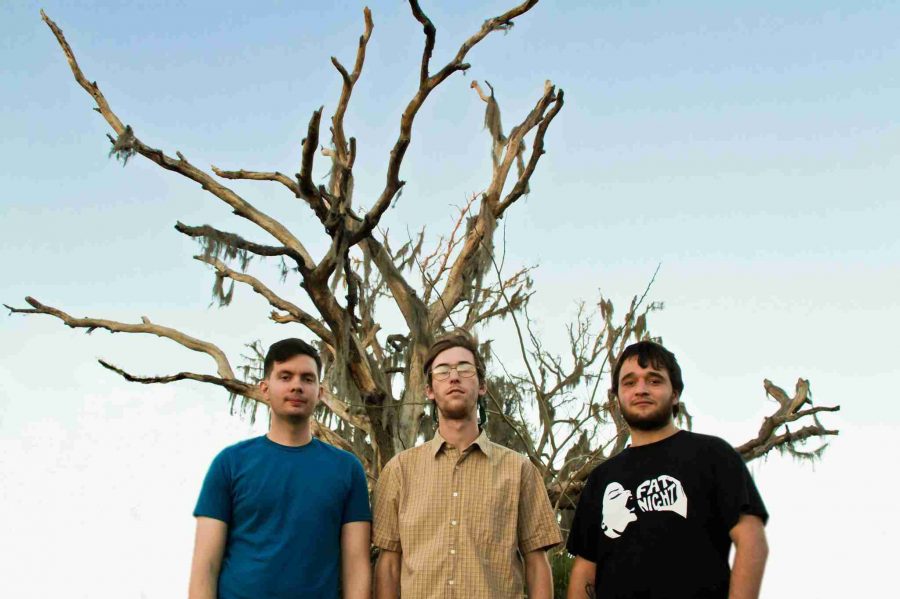 Among Giants will be releasing a 7"-vinyl soon and have a new song streaming on AbsolutePunk.net

Greg Hughes started Among Giants three years ago as a solo project — but what was once an acoustic band that consisted solely of Hughes, has since grown into a three-piece punk rock band that is ready to take Orlando by storm.

Hughes eventually met drummer Zach Anderson at a show and the two got together for a jam session. That is where Hughes said “It clicked right away” and the Among Giants we now know were born.

The band recently came back from a short winter tour that included stops as far North as Cleveland. Among Giants next couple of shows will be in Central Florida, as the band has a unique schedule on when they can tour due to the fact that Anderson also teaches fifth-grade math as a day job.

With Anderson’s full-time job being a school teacher the band keeps touring to spring break, summer and winter break; but there are perks to being a teacher while in a rock band.

“It’s a weird balance, but it’s cool and it helps pay for my equipment. It’s pretty dope having a salary,” added Anderson.

Among Giants are planning to release a new EP in the next month, with the idea for their next album already on the back burner.

“We have plans for a full length in the Summer,” said Hughes. “So we’re making moves, or at least trying to.”

Among Giants first release was “Truth Hurts” in July 2012 and the 12-track album featured only Anderson and Hughes. They have since added a permanent bassist in Mike Eliassen.

The band later came out with a 7-inch split vinyl with New Jersey punk band Aspiga. Putting out a vinyl was a landmark for Among Giants and something that also carried a sense of nostalgia.

“When you’re able to put out a thing on vinyl, just the work that goes into getting it done is an accomplishment getting there with a band,” said Hughes.

Anderson himself still has the first test presses of the vinyl hanging on his wall.

“You see your dad’s record collection and now you have a vinyl with you own music on it. It’s a really cool feeling,” added Anderson.

Among Giants next show in Orlando will be on March 4 at Will’s Pub, opening up for Iron Chic. Doors open at 8 p.m., with tickets going for $8 presale.