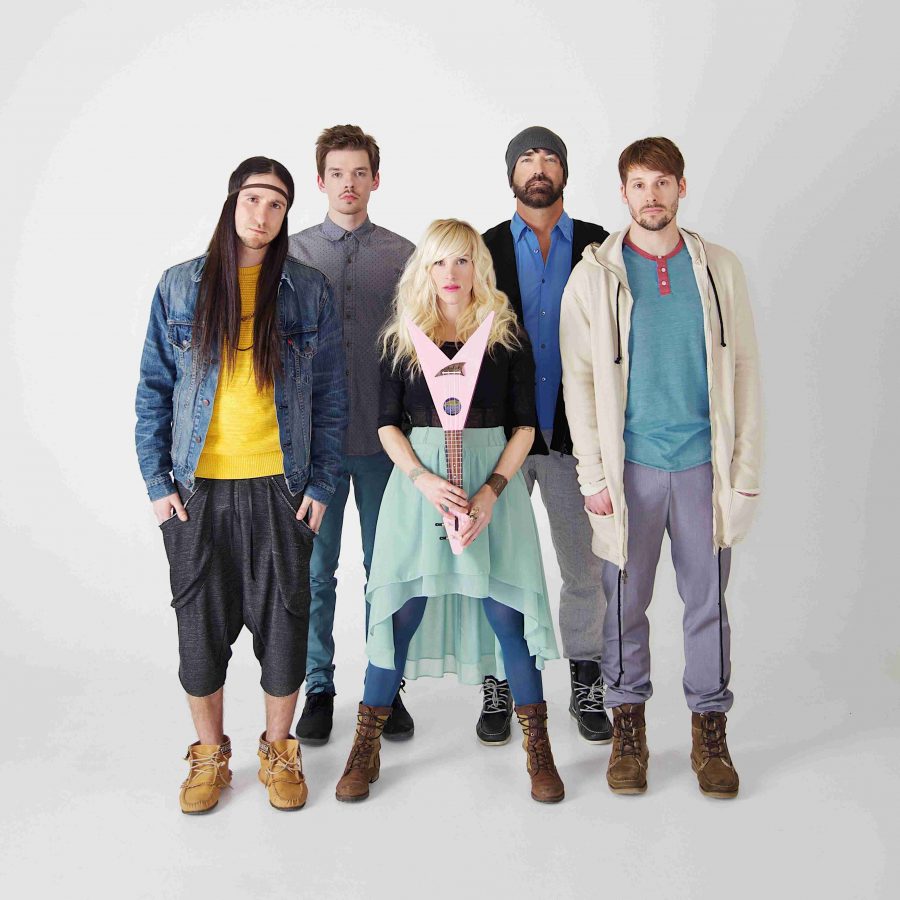 The band's Youtube video of Lorde's "Royals" was featured in the 2014 Grammy Awards.

Prior to assembling what is now Walk off the Earth and obtaining more than 150 million views on Youtube for a cover to Goyte’s “Somebody That I Used to Know,” Ryan Marshall was just another student in college who played music as an hobby.

“It was never really a switch,” said Marshall. “You use your education to get a job and pay the bills so that you could do music as a hobby. We were lucky enough to reach a point that our hobby could become our main form of income.”

During Marshall’s “eight years to get a two year degree” in Economics at the University of Guelph, he spent time performing and playing shows with a band called PinkBelly throughout the Guelph area. While the band eventually separated, he and the group’s drummer, Gianni Luminati, built up a bond and continued to work together.

“We’ve been together since 2006 — Gianni and I — he’s like my brother,” said Marshall. “We spent so much time together in the studio, and writing songs together and building Walk off the Earth.”

While Luminati was working as an sound engineer in the Burlington, Ontario area, he and Marshall begin recruiting talent for Walk off the Earth, eventually leading to the reconstruction of three other bands.

Walk off the Earth: Marshall, Luminati, Sara Blackwood, Joell Cassidy and Mike “The Beard” Taylor are all multi-instrumentalist who combined efforts in 2006. They spent time touring the regional area, until it finally clicked that the group could be so much bigger if they decided to try something new.

“We got to a point early in our career that we realized that we didn’t want to be touring across Canada — which is this massive country — in a small van with a trailer,” said Marshall. “We did a couple of Warped Tours, and those things and thought ‘we got to find a different way to get to people because no one is going to help us do it. We got to do it ourselves.’”

This is when the band thought it would be good idea to try viral route said Marshall, who remembers putting out a few videos and getting more than 10 thousand views in a month and thinking “holy crap, we never played for 10,000 people ever and we just hit 10,000 people across the world with one video.” While all members collaborate on the project idea, a big part of the creativity in them comes from Luminati.

“He [Luminati] has this brain that just creates wild things — that grabs people’s attention in the videos,” said Marshall. “He will bring an idea to me and Sara about a video and we will kind of add things to it.

“It’s almost like, let’s think of something impossible and bring it in.”

The group begin building a fan base thanks to their wacky, yet innovating covers of popular songs.

Walk off the Earth gained their most views and exposure in early 2012 thanks to their cover of Goyte’s “Somebody That I Used to Know.” The video shows all five members playing on one guitar, and gathered over 127 million views in four months.

The group also received positive responses from both Gotye and his co-singer on the record, Kimbra. They went on to use the song on their album “R.E.V.O.,” their third studio album, and first on a major record label.

The full length also contained nine original tracks, including a song titled “Sometimes” which was based off something that Marshall had came up with in 2005.

“It was cool for me and Gianni because we had a demo from four years ago and it was finally coming to life.”

In the mean time fans can catch Walk off the Earth breaking instruments at their “Gang of Rhythm Tour,” live or through the group’s Vlogs.

“It’s pretty fun. We did a European show last year with the same type of crowds,” said Marshall who admits the group breaks one-to-two ukuleles a week.

“When you’re in it (the show), you don’t really feel how epic it is until you go back and watch the videos,” said Marshall. It’s cool because you get to see the fans flipping out. When you’re on stage, you’re thinking where do I got to be for the next song and got to make sure I duck so I don’t get hit by that guitar flying across stage.

“You don’t always see the reaction of the fans is what I’m trying to say, so it’s good to be able to watch videos like that because it gives you that much more reason to want to get back on stage the next day and kick butt.”