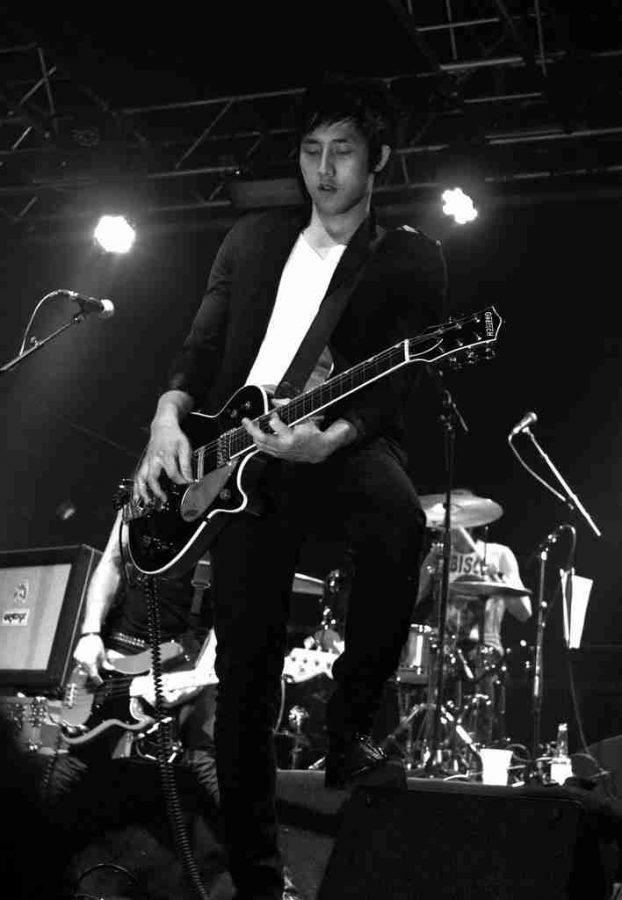 Airborne Toxic’s bassit Noah Harmon is currently taking a break from band to tend to newborn.

Mellow indie rockers the Airborne Toxic Event are coming to The Social Feb. 6, in support of their most recent full length album “Such Blood Hot,” which came out in April of last year.

The group kicks off their ten city February tour in Florida, starting with St. Petersburg and ending with a sold out show in Milwaukee, Wis.

Arizona based rock band Kongos will be on tour as the Airborne Toxic Event’s supporting act. The band consists of four brothers: Johnny, Jesse, Dylan and Danny. The group is the son of well known British/South African songwriter John Kongos.

They are currently causing major buzz in their native country of South Africa with their most recent album “Lunatic.”

Following the release of “Such Blood Hot,” the band embarked on a fall 2013 U.K. and Europe tour.

Tickets for their Orlando show at The Social are now on sale starting at $20, and $25 the day of the show. The concert is scheduled to begin at 7:30 p.m.