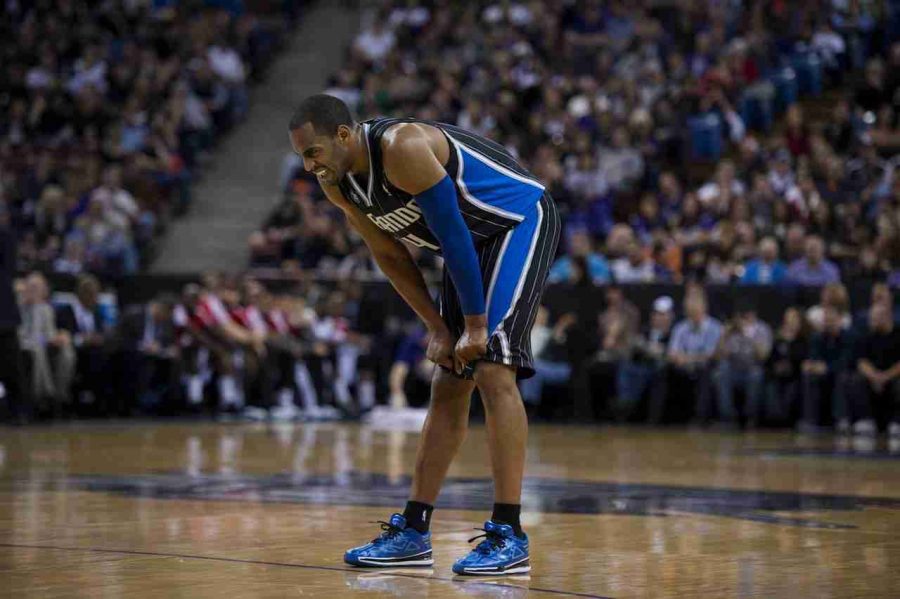 Arron Afflalo had 18 points in the Magic's lose to the Rockets on Wednesday night.

The Orlando Magic used a big first quarter to help them beat the Milwaukee Bucks, 113-102 in front of an announced crowd of 17,292 on Friday night.

The Magic benefited from six players scoring in double figures to down the Bucks, including 21 from Arron Afflalo.

Afflalo’s strong performance comes just one day after being left off of the Eastern Conference’s All-Star reserves list. Magic head coach Jacque Vaughn said after the game that Afflalo should use the second half of the season to show the league how good he is.

“He’s a guy that takes pride in his craft and whether or not he says he was trying to send a message, I’m not sure, but I just loved the way he played tonight,” said Vaughn.

Afflalo said that he has a new level of passion for the game after not being selected to the All-Star team.

“Sometimes the NBA season is so long, you’re losing games, and you get into this autopilot type of mode, but I’ve got an extreme fire burning overall,” said Afflalo. “It’s not even about tonight, I just think that my focus is going to be high about every little thing that I do.”

Afflalo responded by turning in an efficient night, shooting seven-of-13 from the field and grabbing five rebounds.

“I thought he was ready to go from the beginning of the game,” said Vaughn on Afflalo’s night. “He made shots for us and [had] another efficient night; less than 30 minutes, seven-for-13, that’s pretty good.”

The Magic led by 25 at one point, but allowed the Bucks to cut their lead down in the fourth quarter by giving up 38 points. Magic point guard Victor Oladipo said it was good the team was able to close out a good Bucks team.

“We kind of took our foot off of the gas pedal in the fourth quarter, but you just have to keep going,” said Oladipo.

The Magic relied on double-digit scoring from three bench players, including 18 from Tobias Harris, 13 from E’Twaun Moore and 10 from Maurice Harkless.

Point guard Jameer Nelson left the game after halftime and wouldn’t return after experiencing a sore left knee. He will be reevaluated on Saturday.

Doron Lamb filled in for Nelson and added eight points and three rebounds.

“I don’t know when I’m going to get in, but when I do I have to be ready and just provide for my teammates, make shots and get my teammates involved,” said Lamb.

The Magic will travel to Boston to play the Celtics on Sunday, and then will play the Pacers on Monday before coming back to the Amway Center to face the Pistons on Wednesday.