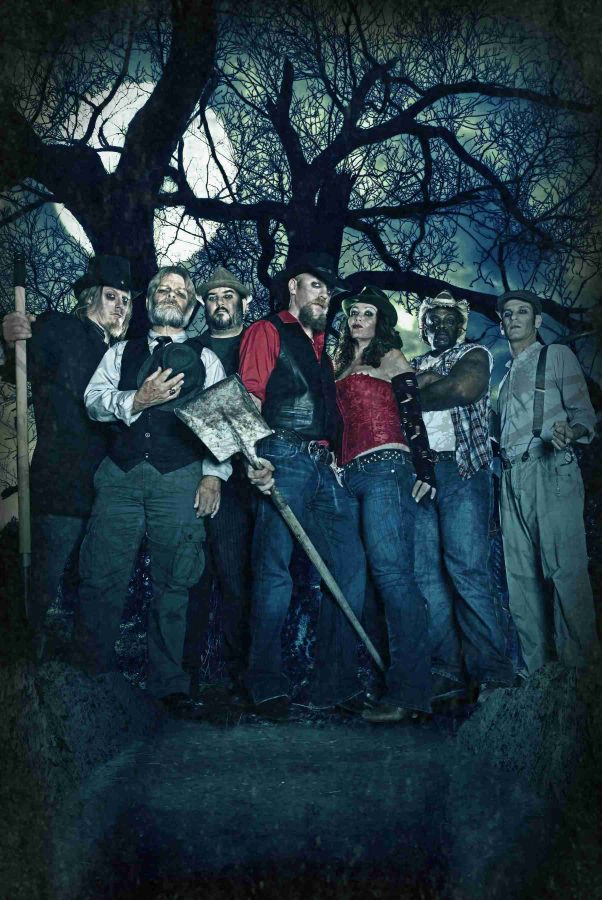 The Bloody Jug Band made a cameo in Pitbull's and Kesha video "Timber" as the band playing in the club.

The Bloody Jug Band will be playing at Firestone Live, Friday, Jan. 24 at 8 p.m in part of the Firestone Live Concert Series. This eight member band is anything but ordinary and is guaranteed to exceed your expectations.

“Our music is an extension of who we are,” said Cragmire Peace, lead vocalist and washboard player for the group.

Each member is unique and brings something special to their performances. “We wanted something different, that wasn’t just another punk or rock band,” said Peace. “People are intrigued by our performances and we like to create experiences they won’t forget.”

The band has been together for five years and plays throughout southern Florida with hopes of expanding the “jamboree” mentality. This includes clever story-telling lyrics, homemade instruments, the thematic personality of each member, and crowd interaction.

“We pride ourselves in our diversity” said Cragmire. “People label things so quickly and expect us to be spooky. We are just having fun being who we are and trying to share our story”.

Come out and get to hootin’ and holleran’ for an unforgettable experience!

Tickets for all Bloody Jug Band shows can be purchased at http://www.bloodyjugband.com/index.html.