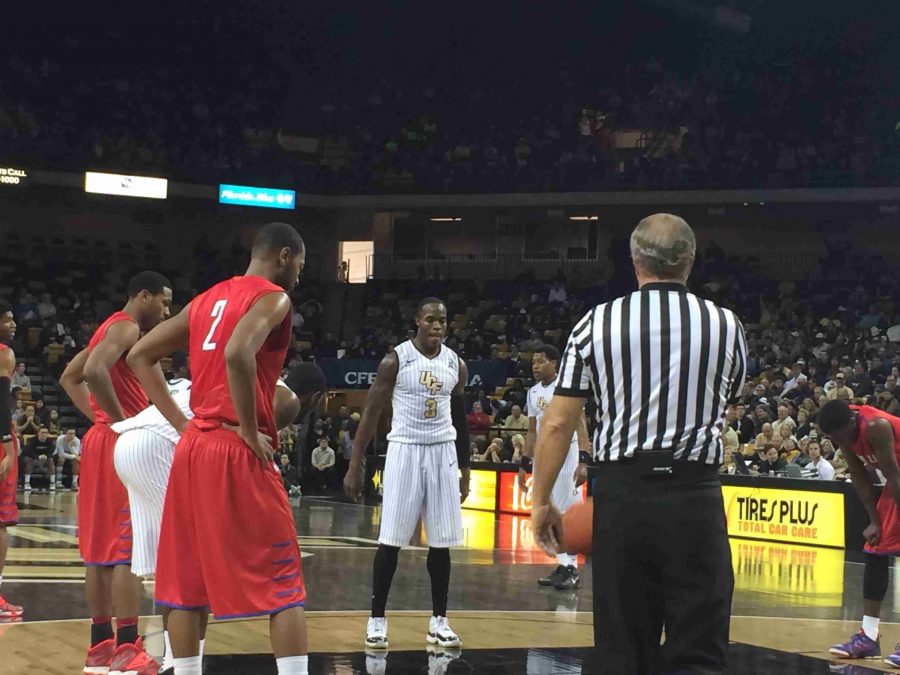 Isaiah Sykes left the game early in the second half with six-points, four steals and five rebounds.

The Knights never seemed to be able to get it going offensively Saturday afternoon at CFE Arena as they lose their third straight conference matchup to the SMU Mustangs 58-46.

The bigger loss may be in senior guard Isaiah Sykes, who left the game early in the second half after a collision. Head coach Donnie Jones referred to it as a “head injury,” without getting into specifics.

“No one told me it was a concussion, but it was definitely something to do with his head,” said Jones. “It obviously wasn’t good though to not bring him back.”

“I feel for Isaiah because he’s as good a player we have in our league, and for him to be hurt that could be a huge loss,” said SMU head coach Larry Brown.

UCF (9-7, 1-4) struggled to find any offense right from the start of the game, with many possessions going down to the final ticks of the shot clock before an attempt. The finished shooting only 31% from the field, and turned the ball over 19 times.

“We just made too many young mistakes offensively, that hurt us through turnovers,” said Jones. “It’s chemistry. We’re still trying to play a lot of guys, that are young guys that are still trying to understand how to respond,” added Jones.

SMU (13-4, 3-2) showed scrappy defense and were able to force the Knights into a lot of tough situations which senior forward Tristan Spurlock recognized.

“I think you have to give credit to them. Their defense was really good, but I think we made a lot of mental mistakes down the stretch,” said Spurlock about SMU.

Spurlock led the Knights with 11 points, and Markus Kennedy led the Mustangs with 15 points. After what was a back and forth first 20 minutes, SMU took the lead early in the second half and never looked back.

The Knights will have a few days to rebound from this loss, but the conference road doesn’t get any easier as they travel to Cincinnati on Jan. 23, before coming back to host Memphis on Jan. 29.