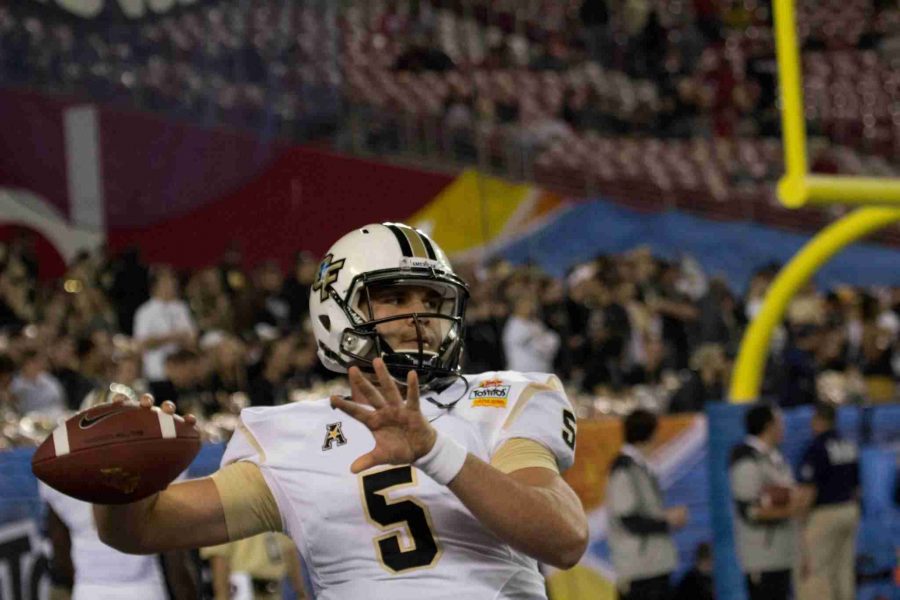 With UCF’s Blake Bortles and Storm Johnson both declaring for the NFL Draft this past week, the time is now for the Knight’s young quarterbacks and running backs to step up and claim a spot in the starting lineup come the Spring.

Now that Bortles is gone the quarterback position is left wide-open between three underclassmen. Justin Holman and Pete DiNovo are two signees from the 2013 recruiting class, while Tyler Harris will be the only true freshman battling for the position come Spring practice.

DiNovo is a pro-style quarterback and was ranked the No. 66 pocket passing quarterback in the nation by ESPN, while earning a three-star rating from Rivals. DiNovo’s experience with a pro-style offense may make him the early frontrunner for the starting position when Spring comes around.

Holman on the other hand is a dual-threat signal-caller out of Snellville, Ga. He was listed as the No. 37 dual-threat quarterback by ESPN, while going 9-3 during his senior year.

UCF has gone with a dual-threat quarterback in the past, as Jeff Godfrey was originally under center before Bortles took the starting job in 2012.

Harris will be the youngest quarterback on the roster in 2014, as he has been enrolled at UCF only since Monday, Jan. 6.

At running back the Knights are a little more set, with sophomore William Stanback returning after rushing for 443 yards and 6 touchdowns on 105 carries as a true freshman in 2013.