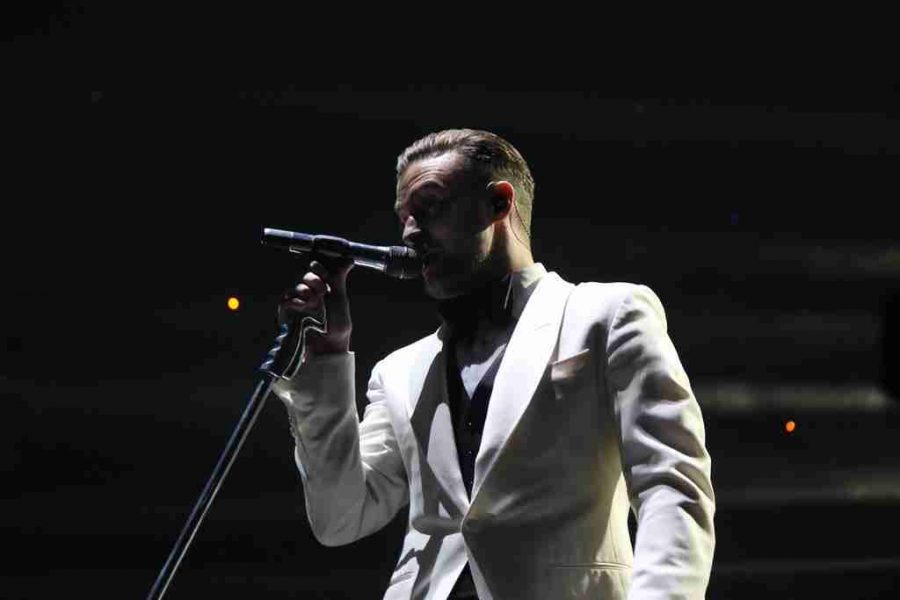 In between songs, the star raved about the many wonderful memories that he’d had while living here after accepting a role on the “The Mickey Mouse Club.” He mentioned that he along with group ‘N Sync put Orlando on the map, adding that he had endless love for the city.

The show opened with Timberlake and his band emerging from below the stage. He was immediately greeted by thunderous cheer from the sold out crowd.

After a brief introduction, Timberlake didn’t waste time getting down to business. He gave fans just what they came for.

His sleek, slicked back hair and dapper suit complimented his perfectly pitched voice as it rang out over the arena. His sharp dance moves kept in sync with every beat and drop of the bass.

The audience swayed and sang along to the opening song “Pusher Love Girl,” from his latest album “The 20/20 Experience,” but they really went wild when he performed the older hits.

Fan favorites like “Rock Your Body,” “Like I Love You,” and “My Love,” kept audience members on their feet.

On a less familiar song, some of the audience decided to take a break from standing during the three hour show. Their break was cut short by Timberlake who encouraged them to turn up their energy levels and teased that they could sit down at work the following day.

During slow romance songs like “Until the End of Time,” fans kissed, cuddled and slow danced in the aisles with their significant others.

Just when the audience got into the groove of a string of familiar sounding songs, Timberlake switched things up creating suspense holding the crowd’s attention.

He incorporated a few unexpected covers from rock and r&b legends including Elvis Pressley, Michael Jackson and New Edition.

After the medley of oldies, fans got treated with the hit they’d been waiting for.

“Suit and Tie,” had every fan in the building cutting a step and belting the lyrics to one of the biggest hits of the year.

Most fans were sweating due to the combination of being packed closely in a crowded place and wild dancing but that didn’t stop one of Timberlake’s fans from donning his suit jacket when the song came on.

Although fans love all of Timberlake’s songs, none quite stole the the show like one of his most famous songs, “SexyBack.”

After bringing sexy back, the show closed with the hit “Mirrors.”

Timberlake ended the showing by telling the crowd that this was the most amazing homecoming.

Photos from the night