UCF Knights prepare for a ‘Fiesta’ against No. 6 Baylor 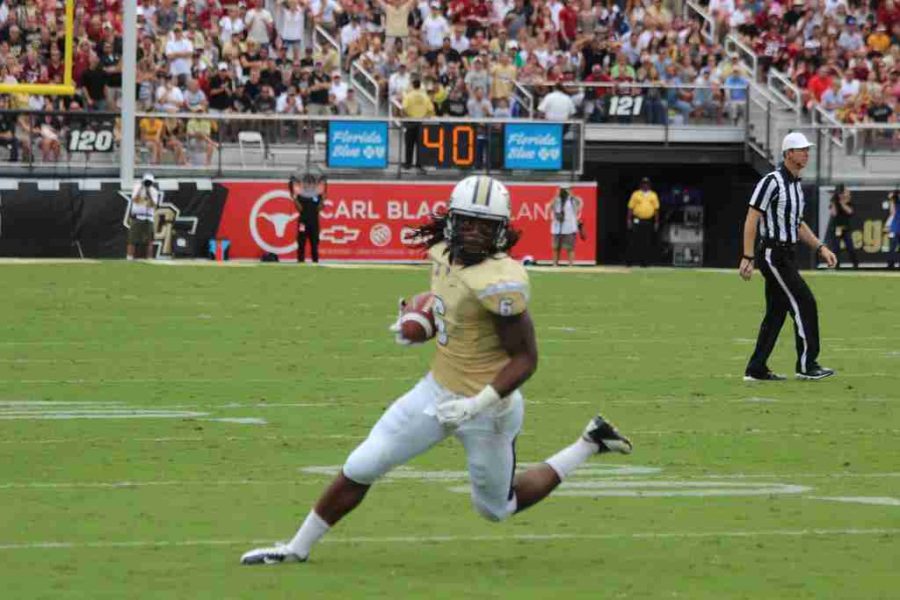 UCF earned their way into the Fiesta Bowl by winning the AAC outright with an 8-0 record in conference.

The UCF Knights are going to the BCS party, and they’re bringing chips.

UCF will be playing in their first-ever BCS Bowl game when they travel to the Tostitos Fiesta Bowl in Glendale, Ariz. on Wednesday, Jan. 1 to play the No. 6 Baylor Bears.

Now, on the University’s 50th Anniversary, the Knights will play in the biggest game in the programs history, just 17 years after first making the jump to Division I-A.

“I think it’s something that everybody at UCF is very excited about, the administration, the fan base.” said UCF head coach George O’Leary during a Fiesta Bowl teleconference on Sunday. “I think anytime you have a first for anything, people get very excited, but especially when you’re invited to to a bowl like the Tostitos Fiesta Bowl is, people are excited.”

The Knights will go into the Fiesta Bowl ranked No. 16 in the BCS, while carrying an 11-1 record through the regular season. UCF’s only loss came at home to the now-No. 9 South Carolina Gamecocks, in a game which the Knights lost by 3 points.

O’Leary, who is now in his 10th year at UCF, took over the program in 2004 and went 0-11 during the Knights final season in the Mid-American Conference. He would get the program turned around though, as he went on to win 2 C-USA championships before UCF made the jump to the American Athletic Conference (AAC).

“It’s something you shoot for, to have an opportunity to play in a New Year’s Day bowl, a BCS bowl.” said O’Leary about what the Bowl game means to him as a coach. “Be with the best and play with the best. That’s what this game is about.”

UCF currently average the 13th least points against in the country, but the Knights will have their hands full with a Baylor team that ranks 1st in the NCAA averaging 53.3 points a game.

Baylor finished the season with back-to-back wins against in-state schools and will go into Glendale with the same 11-1 record as UCF.

Art Briles, Baylor head coach, said that he hasn’t had a chance to look at UCF on tape yet, but he will start preparing for the Knights on Monday.

“I really haven’t.” said Briles when asked if he’d gotten a chance to look at UCF yet. “We’ll start looking at UCF tomorrow and go from there.”