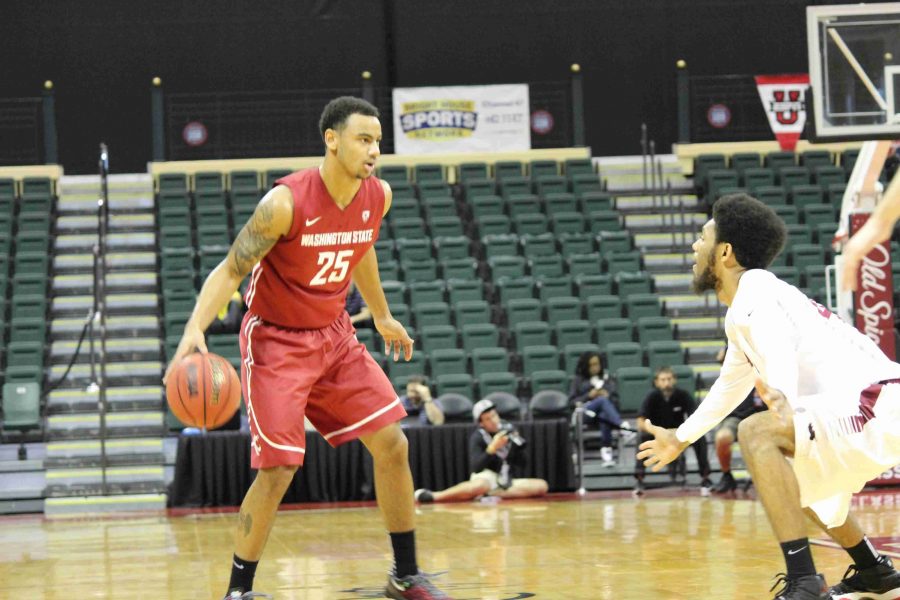 DaVonte Lacy led all scorers with 25 points, but it wasn't enough to push Washington St. past Saint Joseph's.

LAKE BUENA VISTA — Ronald Roberts had 21 points and 10 rebounds, helping the Saint Joseph’s Hawks defeat the Washington St. Cougars 72-67 in the fifth-place game of the Old Spice Classic on Sunday at HP Field House at the ESPN Wide World of Sports.

The senior forward’s double-double helped lead the Hawks past the Cougars to give St. Joe’s a 2-1 record for the tournament, it was also Roberts’ second double-double of the season.

“I just try to go as hard as I could,” said Roberts following the win. “I think if I go hard good things will always happen.”

St. Joe’s led at halftime 34-28 thanks to an all-around effort from their offense, with the Hawks having five players with at least 5 points during the first half.

The Hawks outplayed the Cougars during the final four minutes of the game as St. Joe’s put away Washington St. to improve their record to 4-2 for the season. The Cougars record falls to 3-4 with the loss.

“I can’t say enough about our seniors,” said St. Joe’s head coach Phil Martelli after the game. “They’re special people and they deserve good things to happen to them.”

St. Joe’s next game will be on Wednesday at Temple, while Washington St. will play their next game against Idaho on Saturday.