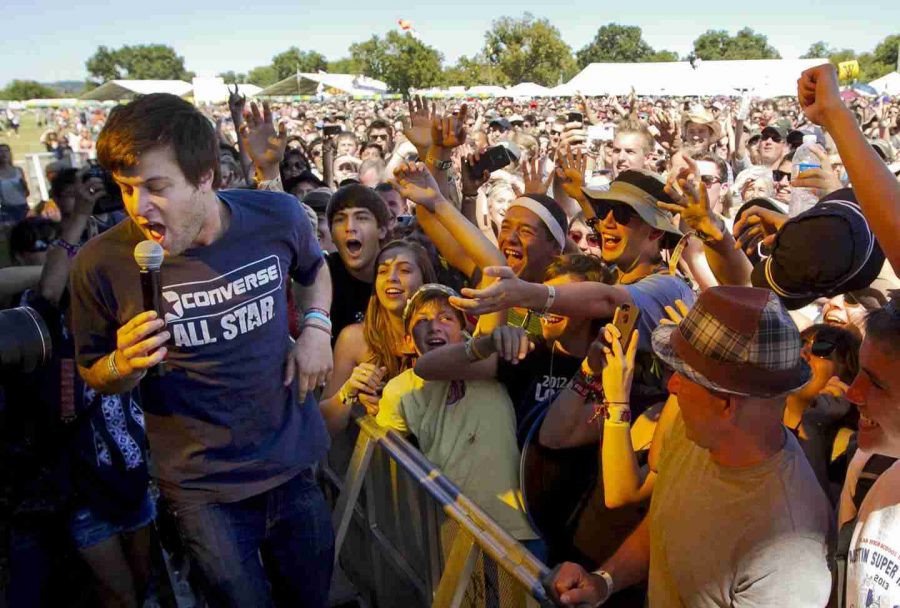 Colon Dieden and The Mowgli’s recently started a “social network for goodness” online at http://www.beamowgli.com/.

To have people sing-a-long to your music is one thing, to be influential on their life is another.

Take Colin Louis Dieden, vocalist of The Mowgli’s. On top of providing a great dance party at their shows, he looks to fill an open void in peoples heart.

“I originally wanted to be a writer and write books, and then I realized I don’t have near much of an attention span to do that,” said Dieden, who started writing when he was 11-years-old.

“So I turned to songs and found out I could tell the stories I wanted to tell in three- minutes and 20-seconds. I am able to get out what I need to get out and portray the messages that I feel is important.”

The Mowgli’s are an eight-piece alternative rock-based band out of Southern California. They are named after a former band member’s dog Mowgli, itself named after a character from Rudyard Kipling’s novel “The Jungle Book.”

Dieden is originally from Kansas City, Missouri and hooked up with group-mate Michael Vincze when he moved to Los Angeles and started writing music.

Out of the eight-members in total, five of the members are from the Calabasas area of Northern Los Angeles.

The group is best known for their single “San Francisco,” which reached No. 11 on Billboard’s alternative chart.

The single was inspired by Dieden ‘s and Vinczen’s “wild adventure in the city. The song has been included on all three of the groups projects, including their major label debut “Waiting for the Dawn.”

“Every single show their are more-and-more kids that are singing the words to every song on the record, its a wild thing,” he said.

“Before when we first looked out into the audience, we seen kids singing the lyrics to ‘San Francisco’ and that was a trip. But now they’re singing the words to every song and it’s one of the most beautiful and humbling things I’ve ever experienced.”

The Mowgli’s previously toured with Walk Off The Earth, and are currently headlining “The Random Acts of Kindness Tour.”

“What we try to do is have people leave our shows happier than they came in,” said Dieden.

They will also be performing on both dates at the Coastline Festival in Tampa and Jacksonville.