Ska band has name you should be ashamed to recognize 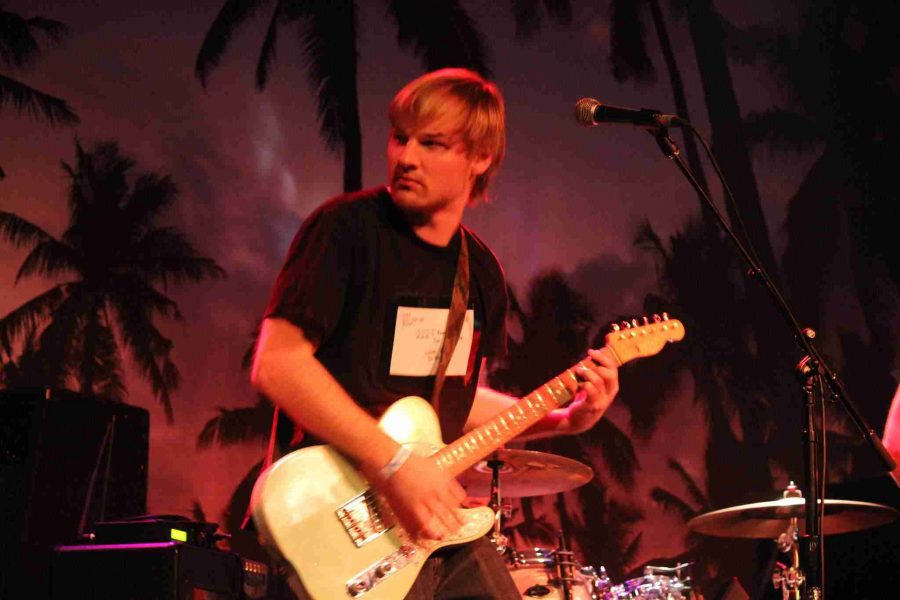 Take one-part reggae, one-part ska and any other genre you can throw into the batter, add a dash of self awareness, plus a pinch of rock sensibility, in that order and you’ll have Oklahoma Stackhouse. It’s truly a recipe for success.

The band consists of members Jack Hinz- guitar and vocals, Nick Muccigrosso- drums, Andrew Kelly- saxophone and keys, and Preston Crawford who slaps the bass. Together Oklahoma Stackhouse makes some of the most interesting music you’ll ever hear.

“What we try to do is get a blend of reggae and some other genres,” said Kelly when asked to pin down the group’s sound.

Kelly brings a jazz feel to the band, with each of the other members contributing something different to the groups mix as well. Crawford for example is a member of another hardcore band and he brings that sensibility with him.

Oklahoma Stackhouse is homegrown with all its members being denizens of Orlando. All the members graduated from Winter Park High School “except this guy” Crawford.

A day after opening for The Green’s “Hawai’i 13 Tour” at The Social, Hinz and Muccigrosso were able to to hop on stage with Goldfinger during their performance at the House of Blues. They were also able to see one of their biggest musical influences Reel Big Fish perform live.

Oklahoma Stackhouse’s frontman also takes classes on Valencia College’s West Campus and is majoring in cardiovascular engineering.  Hinz himself suffered from a heart condition as a child and that’s what led to him to his choice of major.

Oklahoma Stackhouse derives from an irregular place, as the term refers to an unorthodox sex position.

“Essentially, it’s a sex move so dirty that if they  know what it is, they probably shouldn’t be at our concert.”