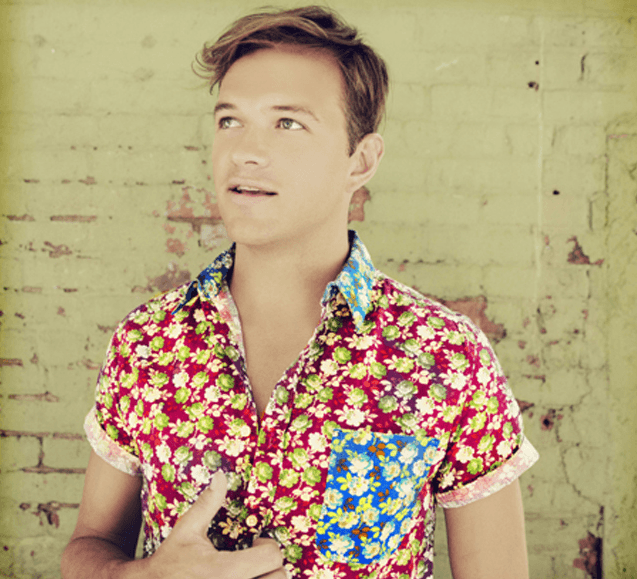 St. Lucia will embark on his headlining "When The Night Tour 2014" this January.

South  African born musician Jean-Philip Grobler, who goes by St. Lucia is set to perform at the first ever Coastline Festival presented by Live Nation.

The Valencia Voice caught up with St. Lucia to discuss his newest album “When the  night,” touring with Two Doors Cinema Club and performing at outdoor festivals.

Valencia Voice: How and where did the name St. Lucia come about?

St. Lucia: One day, out of frustration, I took a map of South Africa and a pen,closed my eyes, put the pen down on the map a few times, and the fifth try was St. Lucia. In that moment, everything made sense to me about the project.

The South African St. Lucia, similar to the Caribbean St. Lucia, is a sub-tropical coastal area, and I used to vacation there as a child. The fact that the music I was developing has this hazy, nostalgic, melancholy feeling to it, and most of my memories of St. Lucia were the same made everything fall into place for me.

VV: You grew up in Johannesburg, South Africa, and then moved around to Liverpool and Brooklyn. How has your times in different parts of the world influenced your music?

SL: I think that being fortunate to not only visit but to actually live in all of these different places has afforded me a fairly unique perspective on the world of music, and to not beholden to one scene or style.

All of the places I’ve lived have contributed amazing things to the world of music, but I noticed that often people who were a part of those scenes, or who had only ever experienced that one scene had a fairly narrow view of what music could or should be. Sometimes that  approach turns out really well, but I’ve always been attracted to broader musical horizons.

VV: What type of reception have you been hearing on of your newest album “When the Night?”

SL: From what I’ve read the reception has been good, but I try not to put too much credence into what other people think about my work. That being said, I’m fully aware that without other people liking my music I wouldn’t really be able to make it, so, of course I’m happy that people are enjoying what I’m doing and that I’m able to continue doing what I do.

One of the things that keeps coming up is that people seem to think that the album seems to get better with each listen. I’m glad that it has that effect because my favourite albums are ones that grow and reveal themselves over time, as well as being satisfying on the first listen.

VV: Is there anything on “When the Night?” that you wish you could go back and change, and how will you incorporate that into your next project?

SL: The fact that the album was made over such a long period of time means that there are inherently things that I would have done differently if I’d recorded all the songs at the same time.

That’s not for better or worse, it’s just that my tastes have shifted slightly and my knowledge of certain instruments has grown over that time period. I do think that the songs being recorded over such a long time serves the album because it gives it a broader sonic palette.

VV: Your touring with Two Doors Cinema Club, how has that been? Any stops you remember most?

SL: It’s been great! These kinds of tours are always whirlwinds for us because we have such long distances to drive each day, and so we can’t stay up or out too late each night. It’s kind of like getting a little sampler of each city that you’re in, but to me that’s better than not seeing the cities at all.

I think that one of my favorite parts of the tour was driving from Calgary to Vancouver through the Canadian Rockies. Probably the most dramatically beautiful scenery I’ve ever seen on tour.

VV: Have you ever toured in Florida, and what do you expect coming in?

SL: We played in Miami and Orlando on our tour with Ellie Goulding, and both stops were a lot of fun. I always love getting to the South because of the weather and how good it smells. Hopefully we’ll get a chance to go to the beach as well.

VV: Which do you prefer, indoor shows or outdoor festivals?

SL: Both types of venues can be great. However, there is something to be said for an outdoor stage in front of a sea of people in the perfect weather as the night is rolling in.