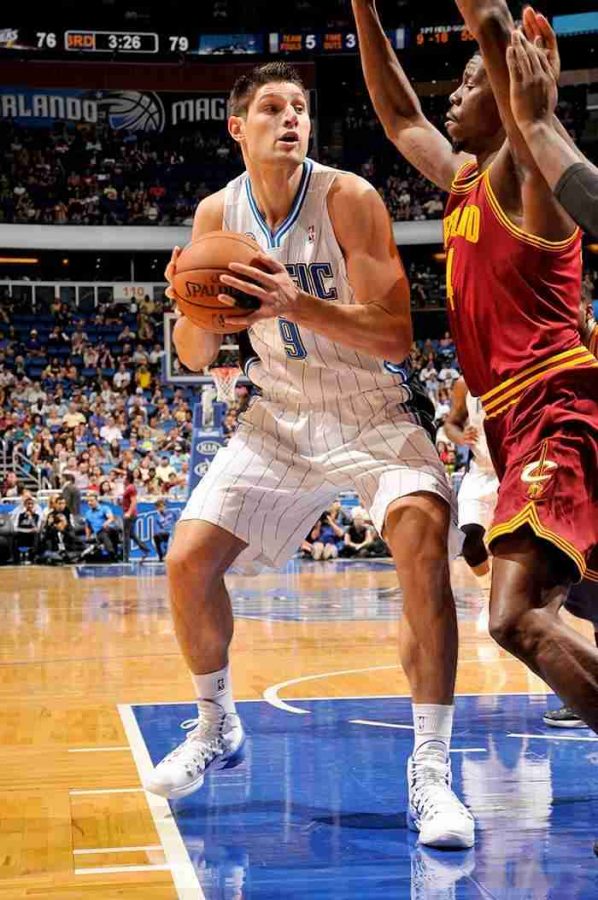 ORLANDO – Nikola Vucevic is quickly becoming the next great big man for the Orlando Magic.

The third year center had 30 points and 21 rebounds, as well as six clutch free throws in the final minute to secure a 98-90 victory over the Los Angeles Clippers on Wednesday night at the Amway Center.

“I just feel real confident in my game right now. I put in a lot of work in the summer to do whatever is necessary to help this team win. Tonight I felt comfortable,” said Vucevic.

The Magic (3-2) were very stingy on the defensive side of the ball holding the Clippers (3-2), who were the No. 1 offensive team in the league coming into the game, to 38 percent shooting while forcing 13 turnovers.

“We wanted to keep them out of transition and play against our set defense. It was just a good overall effort,” said Magic head coach Jacque Vaughn.

The Magic took a 57-42 lead at the half by showcasing excellent ball movement with 14 assists. Their rotation and effort on the defensive end also made the Clippers look uneasy and out of sorts.

“I just thought they played so much harder than us in the first half. I thought we were really casual in our approach tonight,” said Clippers coach Doc Rivers.

The Clippers went on a 25-5 run midway through the third quarter behind Blake Griffin’s 23 points, 13 rebound night, and even took the lead, but the Magic remained resilient and managed to weather the storm going into the fourth.

“Coach told us to stay focused and not get down on ourselves,” said Vucevic. “The Clippers are a good team, with a great coach and great players. We knew they would make a run, but we just stuck together, and fought back ourselves.”

The fourth quarter was back and forth with both teams playing scrappy defense in a game that went down to the final minute. Vucevic sealed the win making six free throws in the final 23 seconds.

“He (Vucevic) was extremely determined from the first play of the game. His aggressiveness on both ends of the court, I loved it,” said coach Vaughn.

This was the third win a row for the Magic, their longest win streak since last December. The Magic will host the Boston Celtics this Friday at the Amway Center.