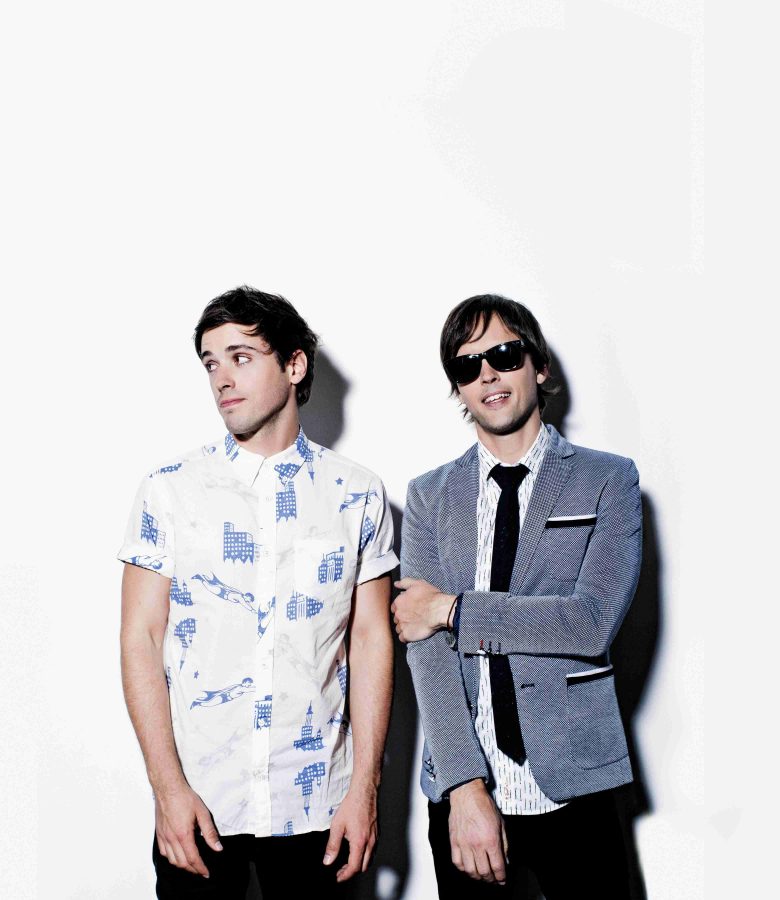 The last time Atlas Genius performed in Orlando it was at the House of Blues in support of Imagine Dragons.

It’s truly amazing what one can buy for $60 nowadays online.

Just ask Keith Jeffery’s, lead singer of group Atlas Genius, and he might just let you in on a secret regarding how he and his brother Michael Jeffery hooked up with keyboardist Darren Sell.

Originally from South Australia, Keith started Atlas Genius with other family members in the garage of their home. While other members separated themselves from the band, Keith and Michael stayed a unit.

“You get the best of the worst so one can only imagine what it’s like touring with your brother and family, because you have such a strong bond and really long line of history,” said Keith in regards to the dynamics of being in a band with his brother. “We understand each other musically and what each other wants.

“We’re family so obliviously there are times when we have a short fuse with each other, whereas with someone else you may tolerate a little bit more.”

Just like any family, there are times when the group does not see eye-to-eye.

“At times it gets tough because we take each other for granted, but the good thing is we always get over that really quick because we are close.”

Atlas Genius made their way onto the American music circuit in 2009 following the release of their single “Trojans” — a tale dealing with the aftermath of a relationship that Keith holds close to him.

“I feel like it’s a real honesty with that song. Everybody goes through those times where they come to the end of a relationship, whether it’s romantic or just the separation of a close friend.

“It was a real therapeutic thing when I was writing that. I wrote it for myself.”

The group’s records have become a personal diary for Keith as he handles all lyric duties. While he feels that generally collaborating on music makes it better, writing lyrics are best done alone because it makes things more personal and doesn’t break the creative flow.

“When you are writing with someone else you have to try and justify and rationalize to that person why you chose that word or phrase and the time it takes to do that you start to lose momentum when writing lyrics.”

Other records of Atlas Genius debut album “When It Was Now” have made their way onto mass medias, second single “If So” have been featured on video game “FIFA 2014” presented by EA Sports.

“People don’t just watch television anymore, their are so many different platforms. Back in the day if you played [Daivd] Letterman or something similar about 20 years ago everybody watched TV, but now their are just so many different things people do to keep themselves entertained.

“That’s why I think it’s important for music to be placed on movies, games and those kind of things.”

In countenance support of their debut album “When It Was Now” Atlas Genius has embarked on a headline tour across the U.S.

One major difference from their previous tour with band Imagine Dragons is that they will be touring via bus.

“We’re touring in a bus now so that allows us to have a laptop studio setup. When we were touring around the country – we were in a van – and it was so much driving between shows that we really didn’t get much time to work on new music.”

The trio makes their way back to the House of Blues on Friday Oct. 18.

The doors open at 7 p.m. with the show starting promptly at 8 p.m.

Tickets are still available via Live Nation for $27. The concert venue is general admission standing.

Indie-rock bands Family of the Year and Little Comets serve as supporting acts and will open up the show.