Free-running past lands student a spot on ‘American Ninja Warrior’ 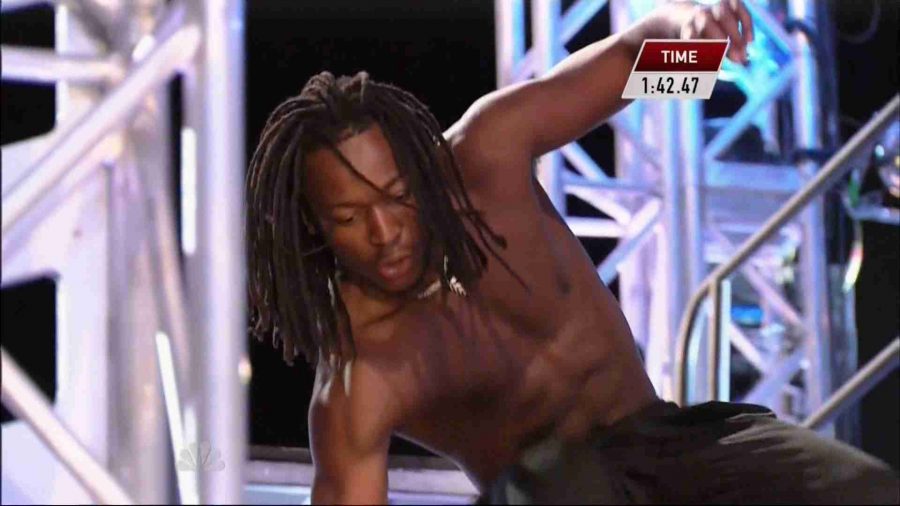 Idoko Abuh was eliminated during the third stage of ‘American Ninja Warrior: Season 5.”

Idoku Abuh, a star athlete who has competed in America’s hit TV show “American Ninja Warrior,” has a degree in audio engineering and wants to impact the world with his musical artisanship.

A life devoted to fitness and athletics may lead one down a narrow or broaden range of outlets depending on how you utilize your abilities. Abuh embraced his and in return created an endless amount of outlets towards what he wants to do in life.

A natural athlete since birth — during high school he participated in multiple sports: soccer, football, track, weightlifting, and wrestling — living by the motto “If I practice, I will achieve it.”

Abuh’s senior year in high school was when he stumbled across a sport that was blossoming in Europe, soon to being adopted in his life, known as parkour.

During his time In Tampa, Abuh not only just received his degree in audio engineering, but started exploiting his ability as a parkourer by free running with kids on campus.

Once Abuh came to Orlando in 2010 he decided to join Zoic nation, a community of gymnast, free runners, and parkourers.

“You name it, and it was out there,” said Abuh.

The group met up once a week at a cheerleading gym that was designed with spring floors, trampolines, and a plethora of obstacles. Everything Abuh needed to get better was at his disposal.

Team Zoic travelled to Miami for a photo shoot the following year, which is when Abuh discovered ‘Ninja Warrior,’ a proposition that would change his life

‘Ninja Warrior’ was never an interest of Abuh’s, he watched the show and thought it was amazing, but never felt the need to go out and participate.

“All I knew is what I saw on TV, It was a spur of the moment type of thing.”

With only his background of parkour, Abuh went into the show ready to embrace this new challenge despite having no formal training. Many doubted that he would be able to be compete however he kept faith in his ability.

“They didn’t know me yet, but they were about to find out. I wanted to come through and just crush.”

Tryouts were held for the event, 130 athletes were selected, and only 15 could be chosen to make the show.

After battling and really displaying his athleticism, Abuh’s ‘Ninja Warrior’ journey ended in stage three of the competition.

“I knew I was a really good athlete, ‘Ninja Warrior’ just proved it… I did it to stay in shape, now it’s a field that provides opportunity.”

Abuh feels he can use his ability to train a younger generation, and possibly start a small following. While he has proved to be a phenomenal athlete, music is the biggest part of Abuh’s life.

“I want the world to identify me as a really good musician,” said Abuh.

He started off in 7th grade rapping, making beats and recording mixtapes. By high school Abuh had a small studio allowing him to further his musical skills, falling in love with the guitar his senior year.

The Guitar was a skill he practiced every day, “I wanted that skill,” Abuh said. “Anything you want to be good at you must practice.”

Abuh went into college as a rapper with the desire to make beats. Asking himself “why doesn’t my music sound like the ones you hear on the radio”, he decided to pursue his degree in audio engineering.

Now with a degree and producing attributes under his belt, Abuh decided to start his own band, Dead Aura Live.

Abuh has a strong desire to express his artistic freedom through his band. His drive and work ethic is what he loves most about himself. “I’m good at turning negativity into a driving force.”

Ultimately music is what he wants his career to revolve around. The future seems promising and bright for the athletic musician.