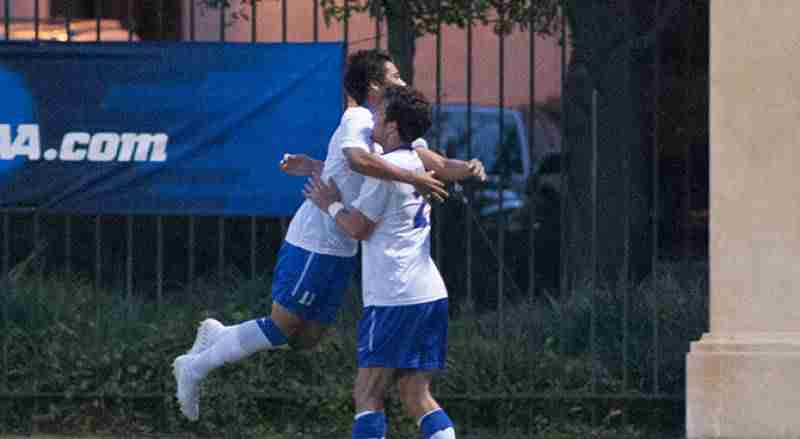 In a battle of top 10 teams, Rollins men’s soccer took down state rival Flager 3-2 in front of a capacity crowd Wednesday at Barker Family Stadium in Winter Park.

Sophomore Walker Hume put Rollins on the board early, scoring on a header off a corner kick in the second minute.

Rollins would go up 2-0 in the 24th minute when brother Tucker Hume beat the keeper for his first goal of the season.

Flagler would answer back though with Zach Shanahan netting two goals to tie the game up by the 31st minute of the game.

Freshman Alexis Martinez broke the tie, in what would be the game winner, with his first collegiate goal before the end of the opening half.

The second half was very physical with Rollins being issued two yellow cards. The 3-2 lead would be enough though as goalkeeper Keneil Baker had a couple critical saves late to secure the victory.

Rollins will take the field next on Sunday, Sept. 15 when they welcome Florida Memorial to Winter Park. Kickoff is set for 2 p.m. Fans can also follow along live on RollinsSports.com