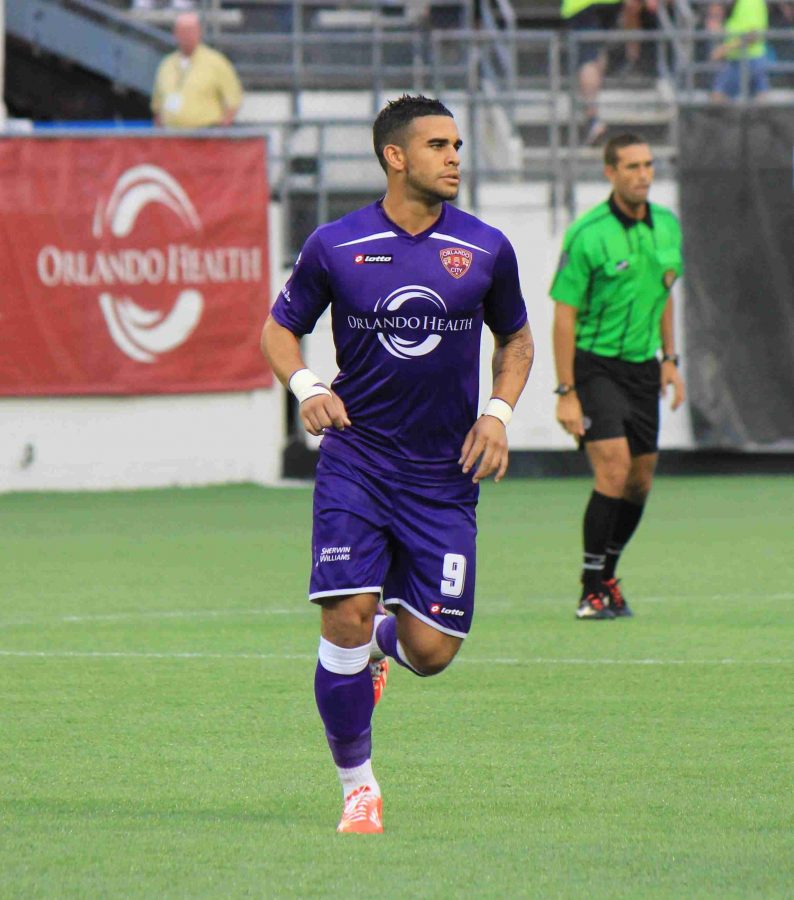 Dom Dwyer broke the USL Pro scoring record (15), while only playing in 14 regular season games for the Lions

Sporting Kansas City, the Lions MLS affiliation, have loaned Orlando City a vast amount of players this season; including last year’s MLS Rookie of the Year – C.J.Sapang, as well as Jon Kempin and Christian Duke who have stayed on loan with the Lions throughout the playoffs.

The Valencia Voice confirmed Wednesday from Sporting Kansas City that they have agreed to loan Dom Dwyer back to Orlando City for Saturday’s USL Pro championship game against the Charlotte Eagles.

“I’m very excited. I feel like I have some unfinished business,” stated Dwyer, who was called back up following the Lions 5-1 loss, to Chicago Fire back in June. “Since I left the lads have done unbelievable, crushing it in the playoffs, and I am just lucky to be apart of it.”

The forward from Cuckfield, England played his collegiate soccer Tyler Junior College in Texas, before transferring to the University of South Florida (USF) to play his final two years. Dwyer would go on to lead USF to two-consecutive NCAA tournament appearances including an Elite Eight appearance in his senior year.

In just 14 games, the former USF striker broke the USL Pro scoring record with 15 goals during his earlier loan with Orlando City.

“I think it will be like I never left. I developed incredibly in Orlando and I enjoyed my time there,” stated Dwyer. “I owe it to them for welcoming me into their club and just taking me as one of their own, and treating me like one of their players. It’s honestly nice for all the coaches, all the players and all the fans to welcome me. I’m glad I could help them out and can continuing helping them.