Fitz and the Tantrums to share stage with Bruno Mars 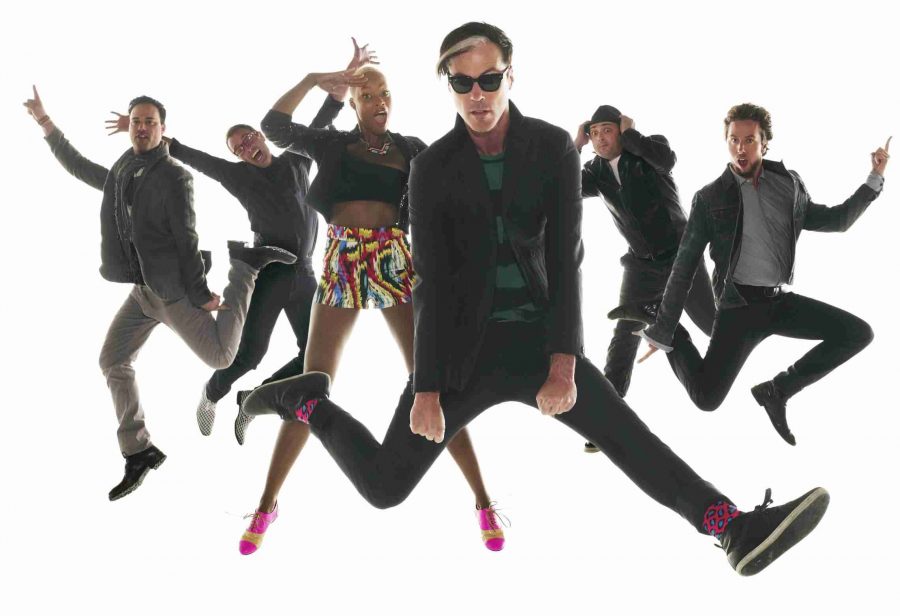 Fronted by vocalists Michael Fitzpatrick and Noelle Scaggs, Fitz and the Tantrums have sprung into the spotlight since releasing their first album in 2010. Inspired by Motown, the six-piece band came to fame thanks to help from Adam Levine of Maroon 5, who heard the group’s CD playing while receiving a tattoo in New York. The group’s unique style has granted them the opportunity to open up for acts like Hepcat, Flogging Molly, and Maroon 5 in the past.

Fitz and the Tantrums make their way to the Amway Arena tonight in support of Bruno Mars, and we had the opportunity to catch up with saxophonist -James King, as the group looks to end their summer run with “The Moonshine Jungle Tour” and further promote their latest album, More Than Just a Dream.

Valencia Voice (VV): How has it been touring alongside Bruno Mars?

James King (JK): This summer has been just everything I expected and more, it has been so much fun playing with Bruno. His crowds are big, enthusiastic and noisy. We were kind of nervous at first being the opening band and having people just wanting us to get off the stand to see Bruno but it hasn’t been like that, people have been very responsive. Being with Bruno who is a confident showman, and has such a great band who put on a great live show has been very inspiring to us.

VV: How has the group managed the transition of performing in smaller intimate venues to a big stage arena?

JK: I feel it has been a good challenge for us to have to occupy a larger stage and do a show that can really transmit to the back of any room. It’s been inspiring for this entire summer run to keep in mind that even if we are playing at a club that holds 200 people, it’s good to have the mentality of playing to an arena of 15,000 and be able to bring that kind of energy to the stage every night–which you can’t lose.

We have started heading shows of our own in smaller rooms and I feel the experience have made us more of a strong stage act. It has been really good to us.

VV: What has been one of the most fulfilling things you witnessed throughout this tour?

JK: The best feeling has been hearing people sing along with our lyrics during the show, which has been happening more and more lately as the radio has been spinning our records more frequently. It’s pretty amazing that even now in 2013 radio can make such a big difference for a band with the way the music business is right now. You think everything is heard off the internet and word-of-mouth but the radio has really helped us; if we go play at a radio in a certain town or they add our song, it’s like a big shot in the arm for the band when we show up to the city.

You can see in the audience that they heard these songs before and decided to come and check it out live. The record is picking up steam everywhere we go and we just hope it keeps going that way.

VV: What can listeners expect when they attend one of your shows?

JK: I object people not to sit down; it’s a lot of moving around in our shows. We involve the audience as much as possible and like to get people clapping- like show’s use to be where the audience was an active member of the band- we want people to feel like they are involved with us and have a good time.

VV: Who were your influences growing up?

JK: I was very lucky to have two very music parents- my dad is a jazz guitarist and my mother is a cello player. Between the two of them I was provided formal training in classical music along with the right upbringing of a student of music at a very young age. Along with that was our record collection; I was listening to Stevie wonder, The Beatles and other great jazz records that my dad had which set me up for a real open mind.

I think an open mind is something a lot more people could use when it comes to music. Their are things out there that they normally wouldn’t be into unless some one presented it to them. This has allowed me to be to play so many different styles– I have the ability to show up to a rehearsal for a hip hop artist or a reggae artist and I have the ability to sit down at a orchestra and read the music and know exactly what I’m suppose to do.

VV: What influenced the change of sound on More Than Just a Dream compared to your first project, did the writing process change?

JK: We recorded that first album a good couple of years before going into the studio for this record. When you start hanging out with one another on a tour bus different musical taste start to come out. We have been all playing each other iPods and hipping each other to different kinds of music for the past few years now. All these taste and imprints have kinda of synced into the music.

We’re all coming from so many different places stylistically– I’m coming from a jazz background having played with all different kind of pop configurations; Ive played a bunch of reggae music and Latin music in my carer, which all sink into my writing.

Our keyboardist, Jeremy, is a giant Price fanatic; while John, Noel and I bring in the hip hop influence. Everyone is into different things and it helps us play with our song writing. Another thing is we didn’t want to make the same record twice, our first album got a lot of attention for being a nod to being a 60’s ascetic, and Motown-based, while with this album we were attempting not to lose any of the soul but incorporate some of the electronic influences we love from when grew up in the 80’s- mashing it all together and create something new.

VV: How have your listeners reacted to the new sound?

JK: We were all holding our breath when this record came out, waiting to see how our old fans would pick up on and it whether or not we would win enough people over with it. I think it has been the best possible outcome we could get with this record. We have our old audience members coming back- seeing a lot of familiar faces when we return to a city.

People are willing to go along for the ride with us and see what this record is about. A lot of new people are picking up on us because of the sound we got on this album– maybe its a little more accessible to some people. We are touching on styles other than the 60’s that younger people could relate to now. That’s why this tour has been great getting to play to Bruno fans every night, its been the best opportunity you could hope for. Their are a lot of young people out their lucky for something new so we have been really lucky to go out with him and be able to play to so many people every night.

VV: How did you know Noelle Scaggs would be a good fit for the band?

JK: When we were putting the band together Fitz called me up to play saxophone on a few of his songs we and we really had no idea where it was gonna go and if we were going to play those songs live or if it was just something he was doing for himself.

When we did to decide to play them live he asked me if I knew a good female singer and i had just come off the road with Noelle, playing a bunch of hip hop shows.

…I was in a backing band that played behind a bunch of veteran hip hop artist that were coming back out at the time. During a tour with MOP, out of new york, Noelle was singing backup on that tour; I thought that she could handle singing back up for this new band so I introduced them and we were off the races from there.

VV: How does the band take that recorded sound and transition it over to the stage so that fans could still come out and enjoy some of the slower songs but not get bored?

JK: It’s funny- by the end of the tour for the first album, we put the album on and it was hard to recognize some of the songs because they had changed so much playing them live. Sometimes the songs get a lot faster over the course of playing it at a show because that’s what the audience responds to. That’s the biggest part of it- you add that seventh member of our band, the audience, and everything changes.

We are reacting to them as much as they are reacting to us so they have a big effect on how the music sounds. It’s always interested to see how the record transforms over the course of the tour because it’s like a living thing, once we commit it to the recording and put that record out that’s not the end to that song- we play it live and change it here-or-there so that things that wouldn’t generally work live we make it better for an audience.

VV: What’s up next following the Moonshine tour?

JK: At the conclusion of the Bruno Mars tour we are going to have a short little week of at home, in LA, and then we will go back out again in the fall with the band Capital Cities. We are preparing for that and are super excited because we are going to hit just about everywhere in the country on that. We are not stopping, we have not had a lot of time to rest since the album came out and this current tour started- we’re on full plane right now.