Maroon 5’s own PJ Morton comes to The Abbey tomorrow 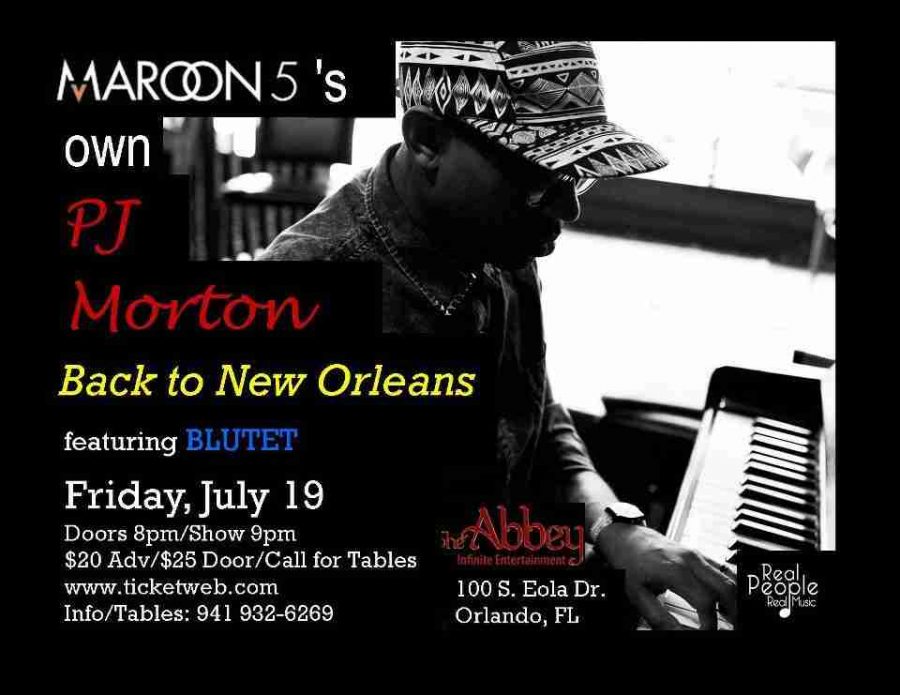 Morton signed to Young Money Entertainment in 2011 and released his debut studio album– New Orleans under the labels imprint earlier in the year.   In support of the album Morton has been touring extensively with the “Back to New Orleans” tour and only two stops remain.

The “Back to New Orleans” tour makes its way to The Abbey this Friday, July 19.  Doors open up at 8 p.m. with the show starting promptly at 9 p.m.  Local jazz band Blu-Tet will open the show.

Tickets are $20 and can be purchased via Ticketweb.  They will also be available at the door the day of the event for $25.  All seats are general admission.

At the conclusion of this tour, Morton will embark on the 2013 “Honda Civic Tour” alongside Maroon 5 and Kelly Clarkson.  The tour makes it way central Florida on Sept., 13 in Tampa, Fla., at the Live Nation Amphitheater.