Families testify on who they hear in 911 call 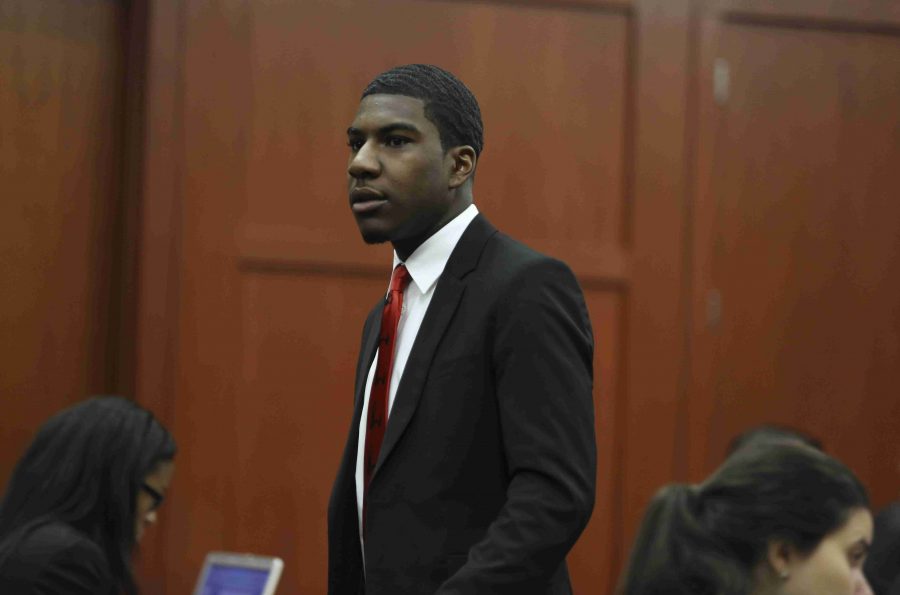 Sanford, Fla.- On the final day of testimony for the State’s case against George Zimmerman’s second degree murder charge of 17-year old Trayvon Martin- shot inside a Sanford gated community last year- family members of both parties state it was their relative screaming for help in the controversial 911 call just seconds before the shooting.

“I heard my son screaming,” stated Sybrina Fulton in her testimony Friday morning at the Seminole County Criminal Justice Center after listening to the 911 recording from Feb. 26, 2012 which contained a gun shot and high pitch voice screaming for help in the background.  “I didn’t hop for anything I just listened to the tape,” she stated firmly.

Fulton was very calm and collective on the stand as she held her composure answering all questions without crying noting testifying that she did not think her son was responsible for his own death.

Mother of defendant, Gladys Zimmerman, took the stand momentarily on Friday as the defense first witness testifying that it was in fact her son screaming for his life, describing the voice to contain anguish and fear.

The question regarding who voice was screaming is a key aspect to determining who was being attacked, and whose life was at danger as Zimmerman is pleading not guilty stating he acted out of self defense.

Relatives from both parties took the stand and stated it was their kin screaming in the 911 recording including a far-fetched testimony from Zimmerman’s uncle, Jorge Meza- a deputy Deputy Sheriff in Orange County, claiming the voice came and “hit him” as he was working on the computer as he over heard the scream on the news when his wife was watching television.

“It was George Zimmerman screamin’ for his life,” said Meza who stated to the jurors he first recognized the voice belonged to Zimmerman before knowing what the recording was.  “I felt it inside of my heart that it was George.”

Earlier in the week a voice recognition expert from the FBI testified that their was not enough natural sound for speaker recognition program to determine who it was, only a family member could be able to identity the voice being that they hear the person more often then others.

The jury spent a good amount of the day outside of the court room. It started first thing in the morning when the evidence file room had to be drilled into by a locksmith just to be opened up, and continued into the afternoon when the defense requested a motion for judgment of acquittal which was denied by Judge Debroah Nelson.

Defense Attorney Mark O’mara presented different case law stating the State had no “circumstantial evidence” that his client showed “ill will and hatred” which are required to charge someone with a second degree murder charge.

“Question here is who was defending himself, George Zimmerman or Trayvon Martin?,” stated Assistant State Attorney Richard Mantei, pointing out inconsistencies  in Zimmerman account,  questioning his character, noting it was odd not one of his neighbors knew who he was prior to the incident although he was the neighborhood watch caption.  Mantei stated he also found it strange that  Zimmerman could not recognize one of three streets although he was apart of the parking committee.

“There are two people involved here. One of them is dead, and one of them is a liar,” stated Mantei summing up his rebuttal.

Earlier in the day Dr. Shiping Bao, medical examiner who performed autopsy on Trayvon, took the stand and stated that when he was shot he believes he was alive for 1-to-10 minutes however did not believe he could have moved, only feel pain.

For updates about everything happening inside the courthouse follow Danny Morales (@Danny_Morales_) and Ty Wright (@Tru2Ty) on Twitter.