Lions Nation comes out to support “Soccer and the City” 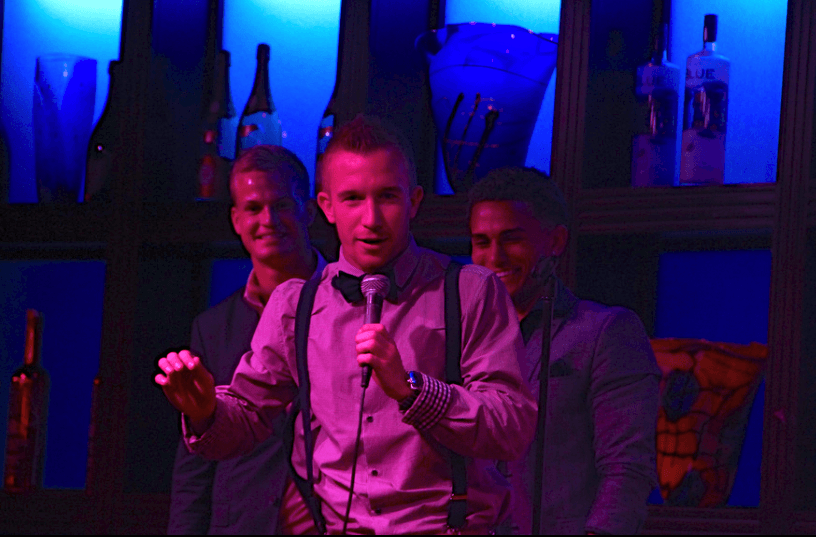 With no upcoming home matches on their schedule, Orlando City SC took time out of their busy schedules to give back and entertain Lion Nation.

In what has become an annual event, players from City SC joined a group of screaming Lioness fans for the “2nd Annual Soccer and the City” last Tuesday at Blue Martini Lounge.

“I don’t have final numbers yet but yes, there were more people and I know we also exceeded the amount we raised last year as we had more sponsorships, more attendance, and more auction prizes,” stated Kay Rawlins, Orlando City Foundation (OCF) board chairman.  “Our focus was to help raise funds for a freezer in a store in Parramore (SunLife Grocery) so that the residents have access to more produce.”

OCF is a non-profit organization dedicated to fulfilling the charitable objectives of City SC through outreach programs, services and initiatives for individuals and organizations in need.

Rawlins pointed out that part of the foundation mission statement revolves around exercise and healthy eating which explains the group working with Hebni, a program whose goal is to raise nutrition awareness throughout the minority community, on this project.

Dennis Chin, Orlando City SC forward, co-hosted the night alongside Rawlins in what was a ladies night like no other.  City SC players catered to the attendees by helping serve them food as well as explaining the different aspects to the game of Futbol through videos and live presentations.

Defender Eric Upstruck was clearly the player of the night netting his first donation from MetroPCS valued at $750 for his program ROCK (Reduce Obesity in Central Florida Kids).  At the end of the night a lucky fan had the opportunity to purchase Upstruck shirt right off his back for more than $400.

“We use our players in schools and youth groups to help spread the word, kids will listen to a pro athlete,” explained Rawlins.

OCF is no stranger to the Parramore area  having done multiple projects in the past including free soccer clinics for youth, providing a Little Free Library as well as partnering New Image Youth Center.

The foundation next event will take place in August concluding the teams season as they will be hosting their Awards Night gala.

For more information on the Foundation and how your time and monetary donations can help please visit http://www.orlandocitysoccer.com/community/orlando_city_foundation/.